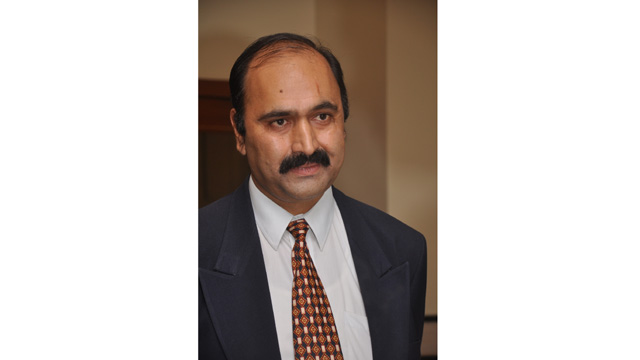 Bengaluru-based Cerebra Integrated Technologies has begun managing e-waste in safe and certified ways. They mine precious metals like palladium, copper, silver and gold. Adding to that, they’re also investing heavily in activities to increase awareness about the importance of efficient e-waste management among users and service providers.

There are currently 2.53 billion smartphone users in the world. Many of these electronic goods will get disposed quickly because first-time smartphone purchasers will upgrade to a new device within a year. This increase in technology being used and produced presents a huge challenge for mankind and the environment – managing electronic and electrical equipment (EEE) waste, or e-waste. E-waste is the residue of EEE which reach the end of their life cycle either because they’re obsolete or users have upgraded to a better device. According to reports, India alone is predicted to touch 3 million tons of e-waste by the end of the year. One can only imagine how high the number is going to be worldwide.

E-waste contains like Antimony, Arsenic, Barium, Beryllium, BFRs, Cadmium, Chromium, Lead and Dioxins. When humans contract these toxins through water or air, they encounter health ailments like nosebleeds, seizures, development retardation in children, lung damage, high blood pressure, paralysis and skin cancer. In many countries, especially emerging ones, e-waste is disposed dangerously – either broken using crude tools, or burned. The former is risky while the latter releases toxic gases into the air. People performing these informal recycling practices (often in the unorganized SME sector) are most prone to their harmful effects, as are those who live close to dumping and disposal grounds.

In 2017, 1.57 billion smartphones were sold across the world.Research suggests that most of these devices contain about 50 times more gold than ores mined in the fields. Diving into specifics, the annual production of electronics uses 320 tons of gold and over 7,500 tons of silver. That’s a whopping 21 billion dollars’ value. But only 15 percent of it currently gets recovered. In conventional mining, every ounce of gold mined leads to around 30 tons of waste which, in turn, causes heavy damage to the environment. Through effective e-waste management, this damage can be stymied.

“There’s a glaring need for human beings to behave responsibly to protect human and environmental health,” said V Ranganathan, Founder & Managing Director of Cerebra Integrated Technologies. “The responsibility falls more squarely on the shoulders of technology producers and service providers like us.”

The current Indian government has extended the responsibility of disposing e-waste to EEE producers, which is a positive step toward managing e-waste better. This is also known as Extended Producer Responsibility or EPR. The target for e-waste collection in India during 2017-18 has been set at 10% of the quantity of waste generated, with a 10% increase every year until 2023.