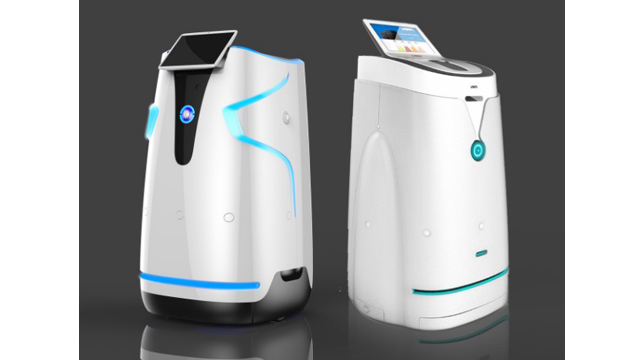 Cheetah Mobile held its AI-themed 321 Conference: A Night of Robots in Beijing where it unveiled a series of AI-powered smart devices and robotics products that leverage Cheetah Mobile’s cutting-edge AI technology and product experience to help consumers and businesses increase efficiency and productivity. All of the products were jointly developed with OrionStar, a Cheetah Mobile-invested AI company based in Beijing. Cheetah Mobile Chairman and CEO Fu Sheng gave the keynote speech at the event.

At the 321 Conference, Cheetah Mobile and OrionStar introduced a jointly-developed robotics and smart device platform, Orion OS, along with five new products, including: Cheetah Voicepod, an AI-based smart speaker featuring precise voice recognition, voiceprint technology, superior sound and content from top providers such as Tencent Music and Ximalaya.com; Cheetah GreetBot, a full-sized receptionist robot designed to interact with visitors/customers and guide them to their destinations; Cheetah FriendBot, a mobile companion robot for children with educational and entertainment features; Cheetah VendBot, a roaming vending machine robot for use in malls, libraries, university buildings and other public spaces; and Cheetah Café, a robotic barista featuring two fully independent robotic arms.

“We have already become the first company in the world to possess the complete technology chain necessary to produce smart, practical and easy-to-use robots,” said Fu Sheng, Chairman and CEO of Cheetah Mobile. “Our goal was to leverage our extensive technology and product experience to perfect each facet of robotics through a series of useful, scenario-specific products. We will continue to create robots and other AI-based devices for homes and businesses that can free people from repetitive, everyday tasks, so they can devote more energy to thinking, innovating and enjoying life”

Orion OS is a robotics and smart device platform jointly developed by Cheetah Mobile and OrionStar consisting of a complete technology chain that includes a system on a chip (SoC), camera + vision algorithm, microphone array, text-to-speech (TTS) system, indoor mapping and navigation system, and seven-axis robotic arm. Orion OS is a truly open platform, with all technological capabilities and data available to developers. By joining the platform, developers gain access to all of Orion OS’s customized features and services. In this way, Cheetah Mobile hopes to jointly promote the development of the robotics and smart device industry.