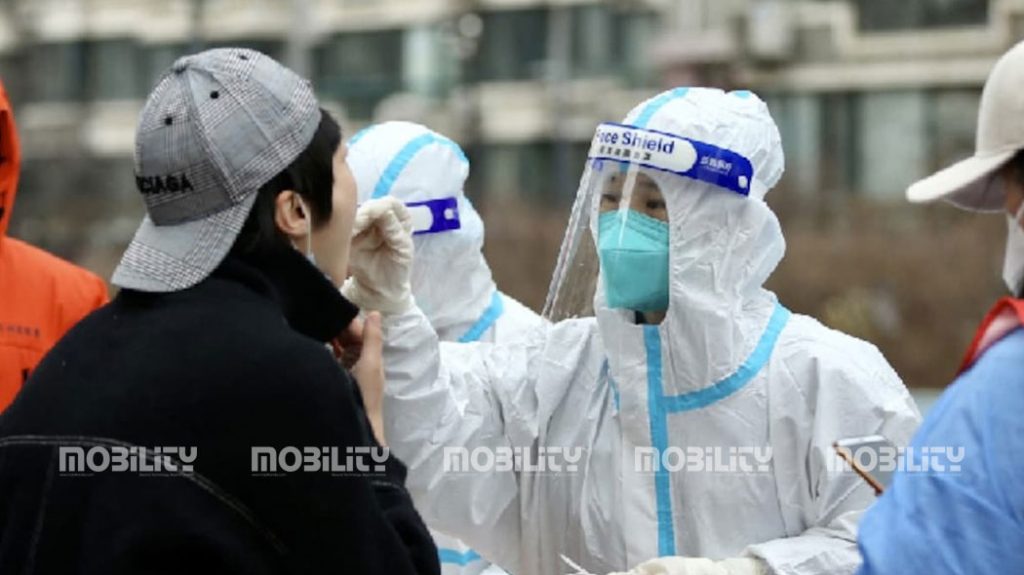 The iPhone manufacturing hub of Zhengzhou locked down one of its most-populated districts to tame a virus flareup, with creeping restrictions throughout China underscoring the constant threat of disruption companies face while the country sticks to Covid Zero.

Almost 1 million residents of Zhongyuan district were ordered to stay at home starting Monday, except for when they need to undergo Covid testing, and non-essential businesses have been shut, according to a government notice. The wider restrictions follow the lockdown of some neighbourhoods last week, catching many people by surprise after officials had said there wouldn’t be a citywide lockdown.

The city reported 6 new local cases, down from a recent peak of 40 on Oct 9. Nationwide, cases declined to 697, the lowest in two weeks, as outbreaks in Inner Mongolia and Xinjiang came under control. Beijing posted 13 new cases, and Shanghai had 32.

China is sticking to the Covid Zero pillars of lockdowns and mass testing to tame its biggest flareup in two months, despite the heavy cost. The policy has dragged on growth in the world’s second-biggest economy and roiled global supply chains as important manufacturing hubs — from cars, to phones and Christmas trees — contend with the disruption of shutdowns and reopening.

President Xi Jinping  signalled no looming change to the approach, disappointing investors who had hoped for some signs of loosening. During a speech opening the twice-a-decade Party Congress in Beijing, he said the strict rules protect people’s lives, though Xi avoided mentioning the economic toll.

Economists surveyed by Bloomberg predict growth of just 3.3% this year, the second-weakest pace in more than four decades. The stringent Covid curbs have also been stoking public discontent. Censorship went into overdrive late last week, with words such as “Beijing” and “bridge” restricted on social media platforms like Weibo after two banners criticizing Xi and Covid Zero were displayed on a bridge in the capital. One read: “We want food, not PCR tests. We want freedom, not lockdowns and controls.”

While China’s most important cities have so far avoided large-scale lockdowns, officials have instead been quietly halting a growing list of activities. Several schools in Shanghai have suspended in-person classes as the fear of infection spreads, according to parents and social media posts. The port city of Tianjin last week announced a lockdown of one district and the southern megacity of Guangzhou shut schools in one area.