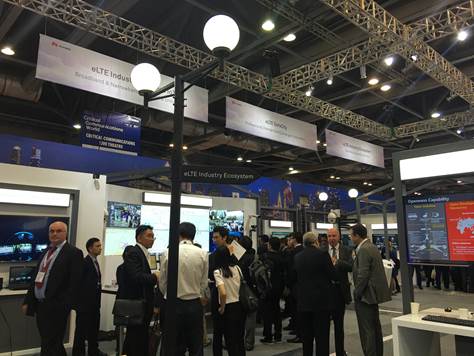 Huawei has released its eLTE SafeCity solution at Critical Communications World 2017. The solution forms part of a joint effort between Huawei and its partners to enhance global safety, aiming to provide global governments and customers with reliable and comprehensive E2E wireless networks that support service convergence, multiple sensors, and mobile police cloud.

Rapid urban economic development and rising urban living standards mean that effectively safeguarding people and their properties is a growing challenge for government departments and agencies in city administration, event management, and emergency control. Traditional narrowband communication networks with basic voice service only will be insufficient to meet the demands of future networks.

The eLTE SafeCity solution integrates voice, video, data, and geographic information system (GIS) services and accommodates surveillance, command and dispatch all in one network. It can incorporate existing service resources and integrate various types of communication networks, whether public or private, broadband or narrowband, wired or wireless. It includes cloud command solutions for numerous service types.

Reliable Broadband Trunking for All Services

The 4G/4.5G-based solution allows group calls to be set up within 300 ms and a preemption delay of less than 150 ms, both of which are record speeds for the industry. High-end, low-end, and mid-range trunking terminal series are available with various IP67-certified accessory products, such as earplug microphones, shoulder microphones, and body cameras. All products are designed to withstand harsh environment, all dust, moist and shock-proof. In addition, Huawei’s eLTE eFEC solution for emergency command can be easily deployed within 15 minutes. It is the ideal solution for safety services, disaster relief, border patrol, emergency response and urgent repairs.

Spectrum is essential to radio communication. Unfortunately, licensed spectrum is not accessible to all users. In certain cases, making the most of limited licensed spectrum is the only choice. Huawei’s eLTE-Licensed solution allows users to achieve video backhaul in moving scenarios even with speed up to 120 km/h. The solution enables rapid network construction and video backhaul for fixed, medium and low-speed scenarios. Using cutting-edge technologies such as inference immunity, two-way authentication, and air interface encryption, the eLTE-U solution guarantees stable and reliable data transmission. It uses compact all-in-one base stations, small enough to install on walls and poles, cutting the costs of trenching and cable layout. Rapid deployment of video surveillance networks to commercial streets, intersections, and squares guarantees non-stop all-round surveillance.

Peng Jianhua, President of Enterprise Wireless Business, Huawei, said, “Broadband trunking has been recognized by the industry as the right way to drive digitalization and informationization in policing and its applications are available and commercially deployed on a large scale. By the end of the first quarter of 2017, eLTE broadband trunking has been deployed in over 150 networks across 57 countries. At this event, Huawei officially releases the eLTE SafeCity solution with its partners. The solution meets both the B-TrunC and 3GPP standards, and supports long-term evolution, thus worth long-term investments.”