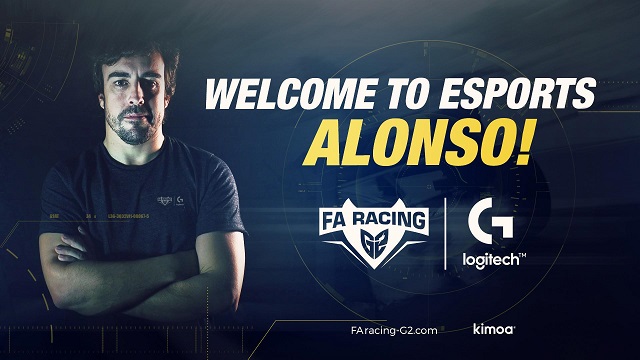 BabyChakra is the trusted care companion to Indian parents from pregnancy to parenting. m.Paani powers real-time, direct to consumer engagement, marketing, loyalty and insights for mass market consumers and retailers. NIRAMAI is a HealthTech startup that has developed a novel Breast Cancer Screening solution that can save lives by detecting cancer at an early stage.

Professional teams are critical to sustaining the phenomenal growth of esports and to simulation racing in particular. Through this collaboration FA Racing, G2 Esports and Logitech G become the first racing team to partner with an F1 champion, and aim to create a team that all sim racing enthusiasts will aspire to. Cem Bolukbasi, a finalist in this year’s F1 esports championship which took place in Abu Dhabi recently,has already signed up for the same.

“Every Formula 1 driver is a gamer at heart,” said Fernando Alonso. &quot;Competing on the virtual stage opens a vast amount of possibilities for young drivers that wouldn’t otherwise have a chance to get into racing. For the first time ever, fans are no longer just spectators but can take part in the game and maybe become real sim racers on my team. I cannot think of better partners than G2 Esports and Logitech G to start this up with and I am raring to get going!”

“Logitech G has played a key role in supporting the development of esports since 1997,” said Kristian Tear, head of EMEA at Logitech. “We are excited about this partnership with G2 Esports and Fernando Alonso and look forward to working together on building new driving programs and the best gear for professional racing.”Commenting on the partnership, Mr. Ashok Jangra, Cluster Category Head – India &amp; SWA, Logitech. said “The esports and gaming industry in India is at the cusp of a major transformation. Soon, India willbe one of the fastest growing gaming markets in the world, due to numerous factors such as the easy access to technology/smartphones, increased mobile internet usage and more. We are thrilled about this partnership with G2 Esports and Fernando Alonso as this will bring an adrenalin rush for the esports and gaming aficionados in the country”

G2 Esports CEO Carlos ocelote Rodriguez said: “Combining my two early passions for esports and motorsport to create an elite team headed by a two-time Formula One World Champion is a childhood dream for me. This partnership brings the competitive part of racing to a new level and I am proud to lead the efforts in such good company.”