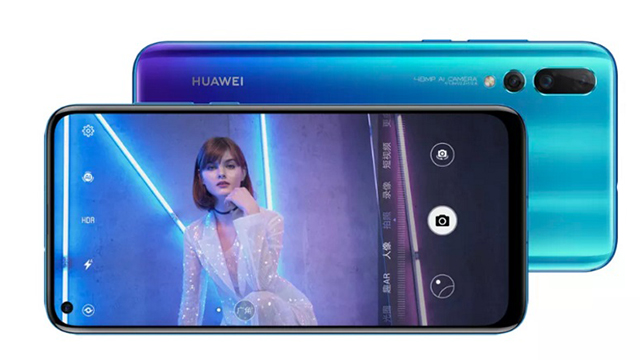 The Huawei Nova 4 isn’t just a device that pioneers a new design, it also features flagship specifications including a 48MP triple rear camera, possibly the highest in a smartphone yet. There’s also a Kirin 970 onboard combined with 8GB of RAM. The inclusion of a display hole is probably the best way to have a bezel-less display on a smartphone. The earpiece is housed above the display, which is also likely where other sensors are too.

The Huawei Nova 4 packs the HiSilicon Kirin 970 system-on-chip, a chipset heralded for its AI performance. It’s certainly no slouch in day-to-day tasks either and is a contributing factor in what grants Huawei smartphones excellent battery life. It’ll handle basically anything you throw at it, and coupled with 8GB of RAM it should have no trouble holding your applications in memory either. The Kirin 970 has a Mali G72 GPU, which is, admittedly, considerably weaker than the Adreno line of GPUs from Qualcomm. As a result, game performance may be a little bit weaker than what you’re used to. It should still be fine though and should be more than adequate for the job. 128GB of storage with MicroSD card support ensures that you won’t run out of space either.