India’s Internet to Create over 50 Million Jobs by 2021 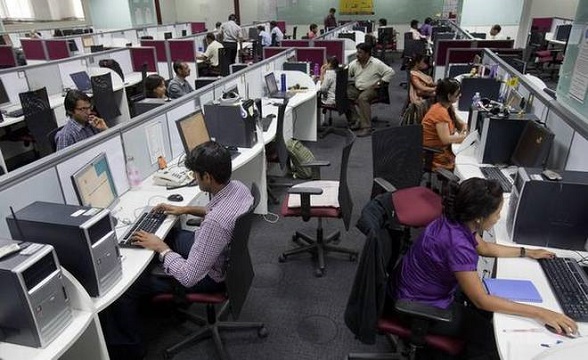 Reverie Language Technologies, a pioneer in digital language technology solutions, predicts that the growth of Indic language consumers online will lead to the creation of over 50 million jobs, mainly based on the demand for digital content in Indian language across various platforms.

According to a Google KPMG report, by 2021, nine out of 10 new Internet users will be Indic language users. The growth of English language users has already slowed down.

Arvind Pani, CEO and Co–founder at Reverie Language Technologies said, “It is important to build the Internet for India to empower the Indic language user. Currently Indic content online stands at .01% compared to Chinese, which makes up 16% of content online. An increase in Indic languages on the Internet will cause an immediate impact on India’s businesses and economy.”  He further added, “To enhance India’s digital economy, the government and the private sector need to work together to develop top notch digital school curriculum in Indic languages.”

Reverie suggests digital literacy in Indian languages can be achieved starting from schools, the first step being training educators to read and type digitally on Indic keypads, preparing them to teach these skills to students.

Hon’ble Shri Narendra Modi, Prime Minister of India, has made clear his support for the ‘Digital India’ initiative.

A large captive audience already exists for content in regional languages. Over 50 crore Indians use Hindi for their daily communication, while only 0.06% of websites are in Hindi. This shows a huge mismatch in demand and supply.

Even a small percentage of each language’s speaker base makes for a huge user base. For example, 7% of Telugu speakers mean 7 million users. This is a huge market for any industry – with the growth in Internet reach and the decrease in Internet prices; people are consuming more digital content in their own language.

If both government sectors and private players partner up to ensure the development of the Indian Internet, the adoption of Internet services by Indian language users could potentially generate 53 million livelihoods by 2021. This is calculated assuming a job to user ratio in India of 1:10 and local language Internet user population of 536 million by 2021.

Reverie’s vision is to promote Language Equality on the Internet. It was founded in 2009 by Arvind Pani, Vivek Pani, and S.K Mohanty, and is led by a strong R&D technology team that builds technologies to bridge the language divide in the digital world. Reverie works with OEM & chipset manufacturers, enterprise companies (for the consumer internet), and the developer community.

Reverie’s Language-as-a-Service (LaaS) cloud platform provides localisation services such as local-language translation, transliteration, device input, and search, enabled through a set of APIs.  The platform integrates with business infrastructure (websites and apps) to enable end users to consume digital content in their preferred language in multiple languages, in real-time.