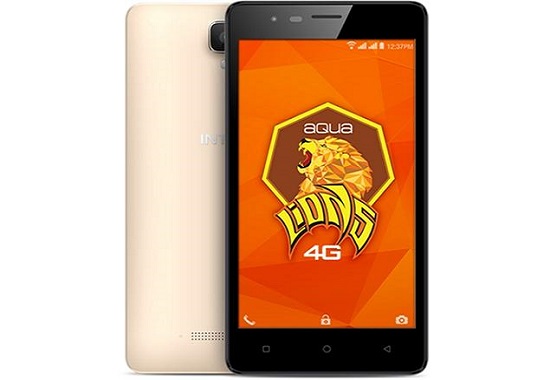 Intex Technologies, a leading consumer electronics major that recently launched its Gujarat Lions themed phone – Aqua Lions 4G, has come out with a refreshing and humorous ad campaign for the 4G handset. The ad conceptualised by leading creative advertising agency, Publicis India, is a branding exercise that the technology player has undertaken as a part of its ownership of the Gujarat Lions IPL team in the league’s 10th season.

The Gujarat Lions themed mobile phone has 4G & VOLTE capabilities, at an extremely competitive price of Rs. 4,999. The phone has been designed keeping the youth in mind, be it a college kid or a young professional. The communication also has all the ingredients and a tonality which the targeted audience will appreciate.

The cornerstone of the campaign is the film featuring key players from the Gujarat Lions team, Suresh Raina, Dwayne Bravo & Dinesh Karthik. The film has its setting on the field where there is a friendly banter between the three players, centred on the speed of the phone. The single minded, sharply focused communication and clutter breaking humour makes it one of the most impactful pieces of communication this season.

Speaking about the campaign, Mr. Keshav Bansal, Director, Intex Technologies (India) Ltd. & Owner, Gujarat Lions, said “Intex has always striven to change people’s lives through affordable and quality products. Moreover, cricket clearly resonates with Indian audiences and cricket players enjoy massive fan followings. Being an Indian brand and with the IPL fever catching on, we found this a perfect time to launch the campaign with our team’s star players, so as to reach out to our audiences. The commercial is aimed at communicating the key features of the phone, especially 4G, along with highlighting its affordability.”

Intex Technologies, which owns the Gujarat Lions team, is one of the fastest growing companies in the telecom & CDIT space. It has been at the forefront of bringing cutting edge technology within reach for the youth and masses.