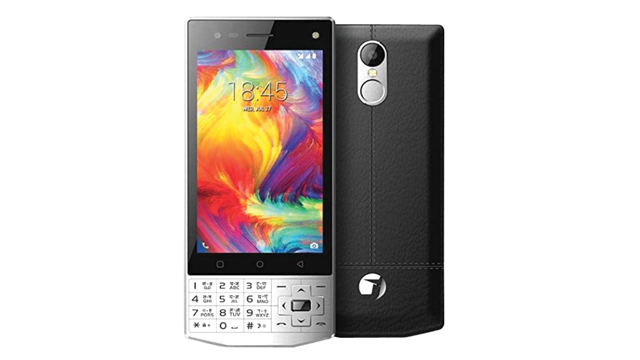 Jivi mobiles recetly launched its new revolutionary offering- “Revolution TnT3” Touch & Type 4G smartphone. Priced competitively at Rs 3999, Revolution TnT3 is set to take the smartphone market by storm. The innovative product offers great style combined with advanced technology. Almost 60% of the population in India still uses feature phones and is apprehensive to make a shift to smartphones due to the perception of the smartphone being complicated to use. The main idea is to reach out to those who are graduating from feature phone to smartphone so that they can have the best of both worlds.

Revolution TnT3 comes with dual exposure and 22 regional language support, with a touchscreen of 10.16 cm (4”) WVGA display and fingerprint sensor. Powered with 2300 mAh durable battery and Quad-core processor – 1.3GHz, the smartphone is the ideal device for multi-tasking.

Revolution TnT3 is designed to suit everyone’s pocket besides being extremely user-friendly. This incredible new product is a great option for the people-especially the senior citizens and elderly who want to enjoy touchscreen experience and are used to a feature phone keypad, both at the same time.

Performance:
Revolution TnT3 resembles older Nokia touch-and-type phones such as Nokia Asha 202. On the front, it has a 4-inch WVGA touchscreen followed by a T9 keypad. There’s also a navigation trackpad along with the usual call receive and disconnect buttons.RevolutionTnT3 runs on Android 7.0 Nougat and is powered by a 1.3GHz quad-core processor along with 1GB of RAM. It has 8GB of built-in storage which is expandable up to 64GB via a microSD card.

The smartphone has a 5-megapixel rear camera and 2-megapixel front-facing camera. Other important features of the phone include fingerprint sensor (located on the back), support for 22 regional languages and a 2,300mAh battery. RevolutionTnT3 runs on a relatively newer version of Android and supports all popular social media applications such as WhatsApp and Facebook

Verdict: Revolution TnT3 will  be very good device  for those who wants to  graduate from a feature phone to a smartphone.