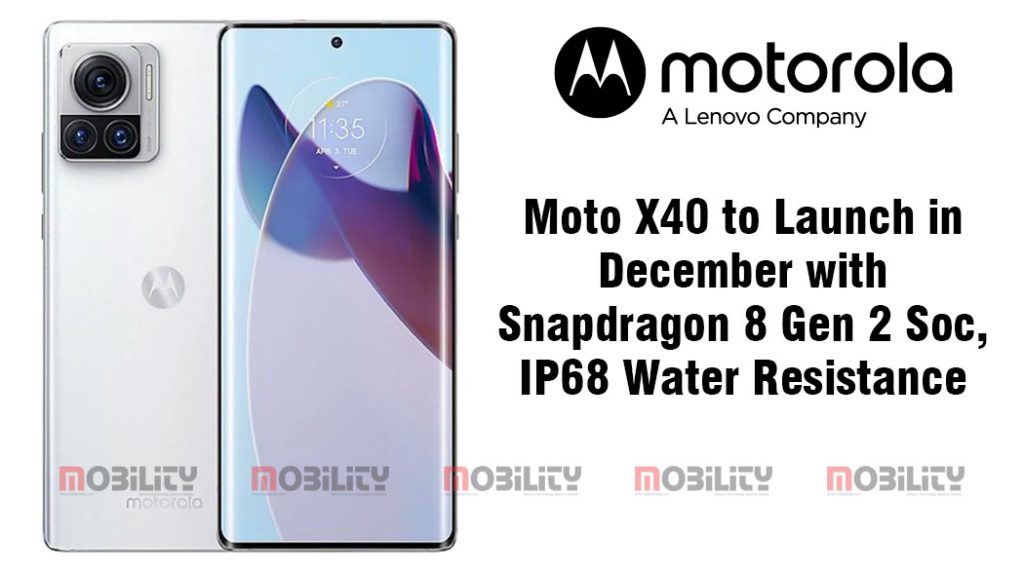 With the Snapdragon 8 Gen 2 officially announced, smartphone brands are scrambling to launch their first flagships with the new and improved chip. The recently launched Vivo X90 Pro+ is the first smartphone to be equipped with the latest processor. Xiaomi and iQOO will also be joining the party soon with their upcoming flagship devices. Motorola doesn’t want to be left behind either, the company has confirmed it will be launching Snapdragon 8 Gen 2-equipped Moto X40 in December.

The scores reveal the SD 8 Gen 2 will offer significantly better performance than MediaTek Dimensity 9200. In the test, the former scored 1312901, while the latter managed to get 1266101.The device is expected to arrive with up to 18 GB of LPDDR5x RAM and up to 512 GB of internal storage. It will likely run on the MY UI 5.0-based Android 13 OS.

Moto X40 could pack a 5,000mAh battery with 68W fast charging. For photography, it may have a 50-megapixel main camera, a 50-megapixel ultra-wide unit, and a 12-megapixel telephoto sensor on the back. The handset is expected to feature a 60-megapixel selfie cam.