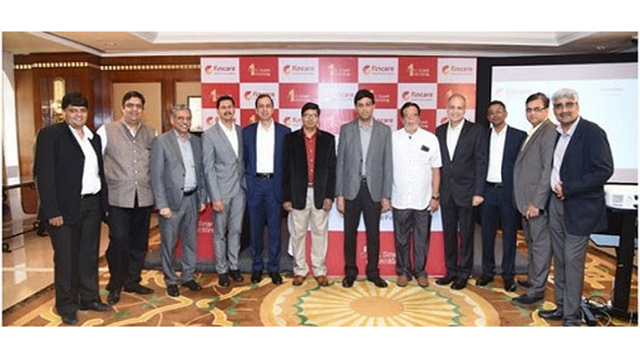 Oxigen has been marching forward on its financial inclusion agenda to offer Branchless banking services to India’s rural unbanked/underbanked segments. As per Oxigen’s expansion plans, it had decided to engage and tie up with all segments of Bank profiles, which included Traditional Banks, New Age Banks, Digital Banks and Small Finance Banks. In 2010, Oxigen secured its first tied up with SBI in the Traditional Banks category, thereafter in 2014, in the New Age Banks segment, it tied up with RBL Bank; in 2015, the Digital Banking segment was closed with DBS Bank, and now finally Oxigen closes its banking tie up mandate in the Small Finance Bank category, with Fincare Small Finance Bank. This strategic partnership will further augment Fincare bank’s brick and mortar network by setting up Business Correspondent outlets at Oxigen Retail Touch points, as well as expand its product and service offerings.

Through Oxigen, Fincare Small Finance Bank will also offer bill pay services to its customers through internet and mobile banking, in addition to expanding to other payments services such as POS network, micro-ATMs, pre-paid cards, Bharat Bill Payment System (BBPS), UPI & Bharat QR and Aadhaar Enabled Payment System (AEPS). Oxigen has a retail network of 1,00,000 outlets, with 35000 of them, who are currently already conducting the branchless banking business.

Grandmaster Viswanathan Anand, Brand Ambassador for Fincare Small Finance Bank, said, “It is great to see digital innovation being used by Fincare to bring financial products and services to the underbanked segments. I am proud to have partnered with Fincare on this journey over the past one year.”

Speaking on the occasion, Mr. Sunil Kulkarni, Joint MD, Oxigen Services said, “Oxigen has pioneered a financially viable Branchless Banking model with its Micro ATM SuperPoS that does real time branchless banking, merchant payments and services aggregation at a BC Agents’ points of presence. We are very excited to extend the benefits of the model through this strategic partnership of becoming a National BC for Fincare Small Finance Bank. We look forward to setting up their branchless banking points as well as Mobile BC Agents for taking Fincare’s banking solution to the unbanked/underbanked segments.”

The small finance bank commenced operations in July 2017, following the in-principle approval awarded by the RBI to 10 entities in September 2015.