Stuffcool launches Made in India, Made With PowiGan Neo 67W Smallest GaN Charger 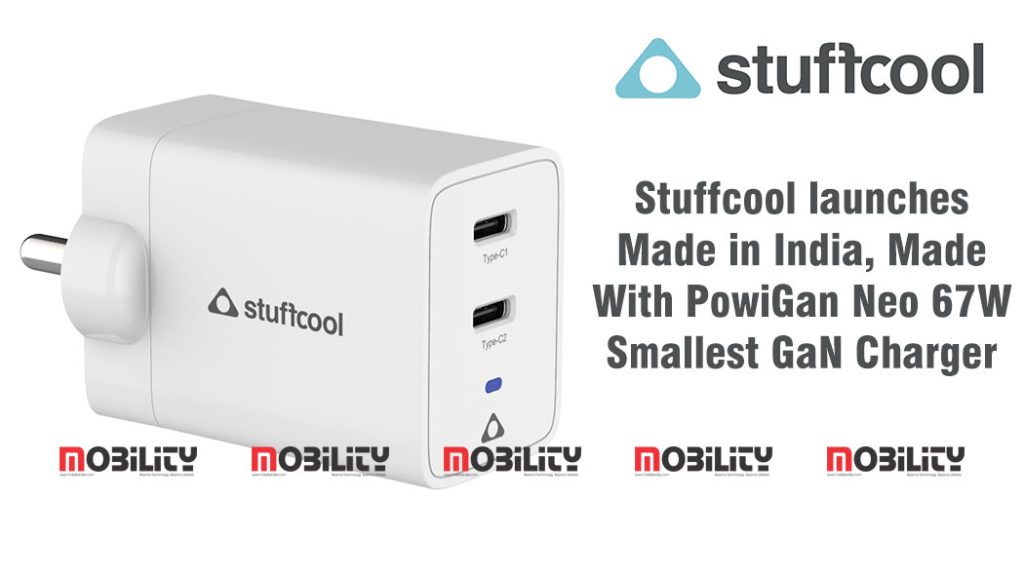 Stuffcool has launched its latest innovation:– Neo 67, the smallest 67W Dual Type C port GaN Charger Made in India. PowiGaN, an advanced GaN charging solution by industry leader Power Integrations is used by the biggest brands such as Apple, Samsung and Anker. With Neo 67, Stuffcool becomes the first Indian brand to join this elite club of brands to offer PowiGaN in India.

The Neo67 boasts of never-seen before specs in a smallest size and is capable of producing 67W of power from either of its 2 Type C Ports. What gives Neo 67 an edge is its 67W power that is capable of fast charging the new Macbook Air M2 to 50% in 30 just minutes! The Neo67 will be the first ever GaN charger in India that can fast charge the new Macbook Air M2. It also meets the new charging standard for the Macbook Pro M2.

The Neo 67 also integrates PPS Samsung Super Fast Charging Protocol and can “Super Fast Charge 2.0” the new S22 Ultra at 45W PPS. Its 2 type C ports allow the Neo67 to fast charge two devices at the same time. Each type C port is equipped to deliver up to 67W when used individually; when both ports are in use, the power output is optimised to 47W from a type C port, and 20W from another. The Neo 67 is the most advanced GaN charger in India at the moment, with capability to fast charge any PD/PPS enabled device – from MacBooks to Flagship Samsung phones and iPhones to even Nintendo Switch. The Neo67 is BIS Approved and is built with an intelligent safety protocol that protects you and your device.