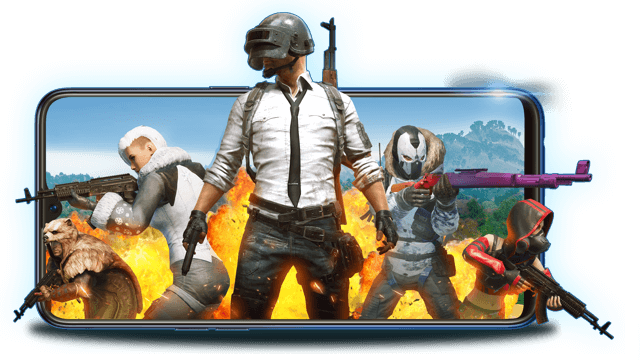 OPPO, a leading global smartphone brand, dedicated to providing products infused with art and innovative technologies in partnership with Tencent Games and PUBG Corp announced the winners of ‘’OPPO PUBG MOBILE India Series 2019’’ today. The Grand Finals of the OPPO x PUBG MOBILE India Series 2019 took place yesterday, the 10th of March 2019. It took place in Hyderabad with the support of the Telangana Government garnered an extraordinary response from PUBG MOBILE enthusiasts, as players and audience were treated to an eSports spectacle like no other. While team ‘’ Soul’’ emerged victorious, the tournament was hard-fought and closely contested with some edge-of-the-seat action on offer.

In one of the most engaging preliminary rounds of any eSports event, OPPO PUBG MOBILE India Series 2019, sponsored by OPPO witnessed over 400,000 games played across in-game qualifiers and 3 online rounds with over 575,000 registrations from across the country. What followed, was a thrilling Grand Finale with the top 20 squads battling it out in the greatest eSports experience the country has seen till date. With the support of the Govt. of Telangana, the event took place at theGMC Balayogi Indoor Stadium, Hyderabad. The open-for-all event put gaming aficionados, professional and amateur gamers under one roof united by their common love for PUBG MOBILE.

Following the India Series, Aneesh Aravind, General Manager, Tencent Games India said – “Our congratulations to team XX for winning the OPPO PUBG Mobile India Series 2019 with a mix of intelligent squad play, clever zone movement and ability to pick up a high number of kills. With India Series 2019, we delivered a world class tournament partnering with Indian esports companies, which we are sure, will cultivate the industry with many more to come. The India Series garnered 35 million views on YouTube, Facebook and Sony Liv at a peak concurrent of 260,000, establishing itself into prime-time entertainment category. Also, we extend our heartfelt thanks to OPPO, our title sponsor for taking the initiative to grow esports in India”

Commenting on the occasion, Will Yang, CMO OPPO South Asia, said, ‘’Heartfelt congratulations to team XX for putting up a great show and winning the OPPO PUBG Mobile India Series 2019. Just how our hero products portray sheer brilliance and ground-breaking technology, the winners have depicted consistent dedication and powerful strategy in this championship to achieve success. We are extremely delighted that our partnership with Tencent Games has helped us reach out to a larger set of consumers and helped in popularizing the game for masses.’’

The winning team, The Souls, was led by Mortal, took home a cash prize of INR 30,00,000 along with OPPO smartphones. The scale of this event was no surprise considering the success of the OPPO PUBG MOBILE Campus Championship towards the end of last year. The response, however, was a quantum leap from PUBG MOBILE’s previous eSports extravaganza. Being the first open-to-all tournament in India, served as an experiential learning curve for aspiring gamers and fans of India’s most loved game.

As is customary with PUBG MOBILE tournaments, the OPPO PUBG MOBILE India Series also saw numerous players awarded for their distinctive skill set.  The MVP of the Campus Championship was ‘’ItsKK’’ from Team ‘’God’s Reign ’’ with the maximum number of MVP awards on the final day. Maximum from Team “Team Maximum Alpha” was awarded as ‘The Medic’ with maximum revives. With the maximum kills in one game, ItsKK from Team “Gods Reign” earned the tag of ‘The Lone Ranger’.

The experience of the country’s largest esports event was only heightened by some A-list casters from the eSports fraternity. The English casting honors were carried out by Humanist, Ilustrado, and Asurai, while the Hindi casting was taken on by The Rawknee, Paritosh Plays, and K18 Gaming. These familiar names in the eSports circuit came together along with host Abish Mathew for India’s largest esports tournament ever.

The advent of esports in India is visible. The OPPO PUBG MOBILE India Series will be remembered as another definitive step in establishing a sustainable esports ecosystem. It would be fair to say that PUBG MOBILE have outdone themselves compared to their previous efforts. If this is a sign of the imminent impact of esports in India, it would be fair to say that the future of Indian esports is full of promise.