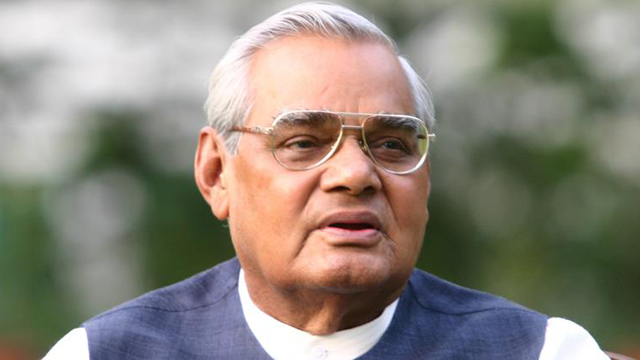 The telecom industry joins the nation in mourning the demise of one of the most beloved political figures of India. The industry is deeply saddened to see one of the greatest statesmen of the country depart. He will be remembered for his vision, leadership and unique style of statesmanship.

Shri Atal Bihari Vajpayee, who passed away yesterday, aged 93, is seen by the telecom industry as one of the most important figures in the evolution of modern telephony in the country, because of his deep understanding of the transformation power of telecommunications to drive economic developments and citizen’s empowerment. His historic and brave decision to allow for “revenue sharing” from mobile operators, broke the logjam of a precipitous decline of a burgeoning industry that had enormous promise but that had run into severe financial distress. The impact of this visionary and far-reaching decision can be felt even today when the country is celebrated for the achievements of the telecommunications sector.

DG COAI, Rajan S Mathews, commented, “A great statesman and leader has passed away and the telecom industry is forever indebted to his contribution towards the evolution of modern communication in the country. Mr. Vajpayee was a stellar economic reformer and the National Telecom Policy, 1999, was formulated under his watchful eye. The policy allowed service providers to offer mobile services on revenue-share basis, instead of fixed-fees that the companies had to pay earlier for providing such services. The sector witnessed unprecedented growth in the number of mobile subscribers, foreign and domestic investment, network growth and a series of essential reforms that the industry needed to expand and grow.”

T.R Dua, DG TAIPA, Commented, “TAIPA, fondly remembers visionary leader, former Prime Minister Shri Atal Bihari Vajpayee, the vociferous and profound leader who shaped the economic, corporate and liberalization of the Indian telecommunication sector. He was a great visionary and envisioned a robust telecom infrastructure in order to extend the benefits of mobile telephony to the masses, besides revolutionizing the telecom industry. The NDA government, under Shri Vajpayee’s able leadership released the telecom policy in 1999, to achieve much for which it is recognized today. With his demise, the nation has witnessed a big loss. However, his ideologies, patriotism, and knowledge will continue to add value to the nation.”