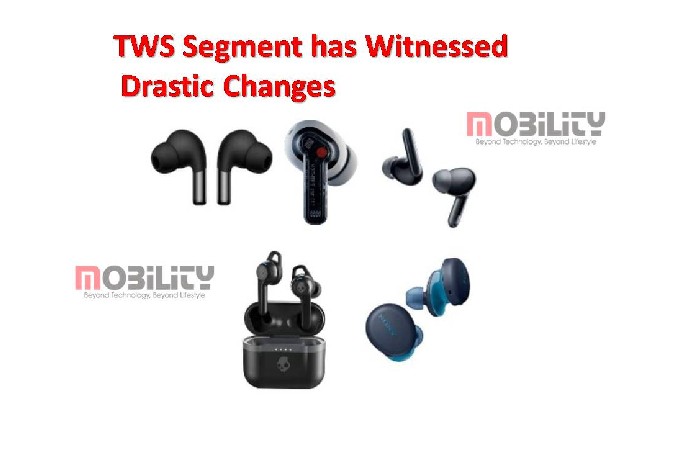 During the past few months the TWS specifications in the category have undergone radical changes within a short span of time. Compared changes in key specifications in top 200 models in Q2 2021 (released before December 2019 or after January 2020), typically, weight and battery capacity were the key specs, but noise cancellation and smart assistance became key differentiators, as per Counterpoint Research.

As these functions were added, the weight of the earbuds and charging case increased. Increase in battery capacity and improved material also affected the weight. In the over-$100 segment, the importance of Active Noise Cancellation (ANC) has been increasing. As many as 72% of the models released in this segment after 2020 are equipped with ANC. In the sub-$100 segment, however, ANC adoption has not increased significantly, mainly due to technical and budget issues. With ANC becoming a common feature, we can expect more OEMs to adopt it going forward.

Not only ANC but other functions are also gaining importance. Dedicated apps, in particular, are seeing increased adoption as they provide an immersive entertainment experience. The adoption rate of dedicated apps has increased by almost two times both in the sub-$100 and over-$100 segments. Consumers looking to set their own music preferences and maximize sound quality through own equalizer have dedicated apps as one of their key priorities when purchasing a TWS. Device detection and finding own TWS through an app are some of the other features becoming popular. Adoption of these features was not much in the models released before December 2019, but it increased significantly in the models released after January 2020.

OEMs adopting sensors like wearing detection, optical and gyro seem to recognize TWS products as ‘wearable devices’ than just wireless audio. Especially in emerging industries like healthcare and metaverse, various TWS sensors are expected to become more important as input/output devices. Apple is reportedly studying ways to make Air Pods health devices that could be used to read body temperature, enhance hearing power, and monitor posture. Other OEMs are expected to follow Apple in this pursuit.