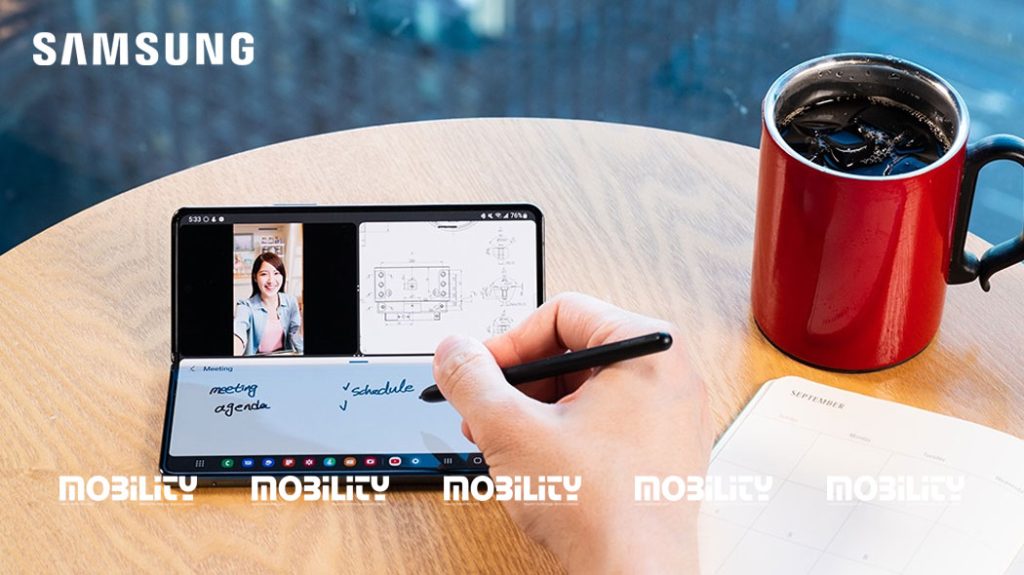 As the way we work becomes more flexible, the trend of mobile workers — or those who work on-the-go — is becoming more common. As the popularity of working from anywhere increases, so too does the demand for mobile devices that empower this working style. Consumers have high expectations for Samsung Electronics’ newly-launched Galaxy Z Fold4 as it allows users to expand their workspace, based on the device’s many features.

Galaxy Z Fold4’s Cover Screen has also gotten wider, making it even more convenient to use. The width of the Cover Screen has increased while the length has decreased, making the aspect ratio similar to that of other conventional smartphones. In addition, the phone has become thinner when folded, providing enhanced grip experience. Thanks to the wider width, you can comfortably enjoy most features, such as typing letters or watching videos, without ever needing to unfold your phone.

The most striking characteristics of Galaxy Z Fold4 are its enhanced multitasking features. Along with the wider screen, the new Taskbar1 feature and multi-window help you get your remote work done fast and efficiently — as if you are using a laptop.

The Taskbar is a newly added feature, but that doesn’t mean it isn’t familiar. The Taskbar looks and functions just like the layout you are used to seeing on a PC. You can even add frequently used apps to personalize your Taskbar: All the apps saved as favourites on your home screen will also appear on the Taskbar.

With Flex mode, you can make the most of your foldable phone by freely changing the angle according to your needs. For instance, by taking advantage of Galaxy Z Fold4’s multitasking features, you can launch multiple apps at the same time. You can use one window of the screen for a video call and another window to take notes on important information, all while also looking at a meeting material on the screen.