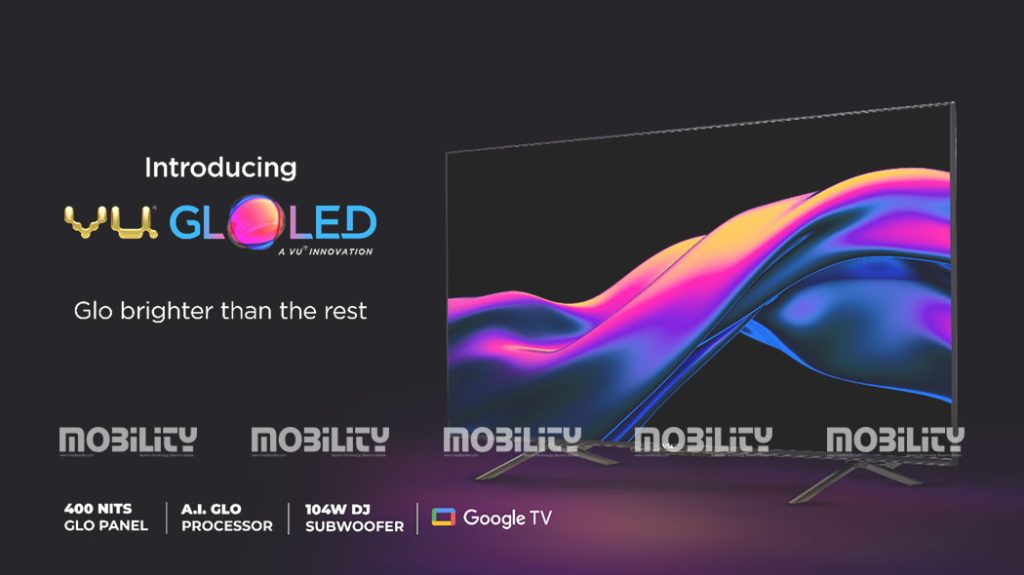 The Vu Glo AI processor is the best processor for running the Google TV OS, the latest and most cutting-edge OS for televisions developed by Google. The Vu GloLED TV is bezel-less to maximize the viewing area and is also equipped with hands-free far-field microphone, supporting voice search and voice commands as well as ambient light sensor to automatically adjust your TV settings under different lighting conditions. The Vu GloLED TV features the next generation of Vu’s cricket mode technology – Advanced Cricket Mode. With Advanced Cricket Mode not only do you get 100% ball visibility but also get a live stadium experience, just in time for ICC T20 World Cup 2022, FIFA 2022 and ICC ODI World Cup 2023.

Commenting on the launch, Ms. Devita Saraf, Chairman and CEO of Vu Technologies﻿, said, “For over a decade, Vu Televisions has launched the latest innovations in televisions and displays in the India. The Vu Masterpiece Glo TV, which was launched in March 2022, has been delivered to more than 9,000 customers across India (at an average price of Rs.1 lakhs per unit) and is the largest selling QLED television online. We kept getting feedback from our customers asking for a similar kind of product but based on a budget-friendly 4K LED panel. Hence, we developed the Vu GloLED TV, which uses Glo panel originally developed for QLEDs on a 4K LED panel. The Glo panel with the Glo AI processor has an NTSC colour gamut that is close to that of an OLED TV and 4.5 times better than that of a standard 4K TV. Moreover, we’ve added the award-winning audio features that were available in our Masterpiece Glo range to the Vu GloLED TV. We’ve also closely worked with Google to bring the latest Google TV OS, and we can confidently say that the Vu GloLED TV is the best Google TV out there, right from picture quality, audio capabilities, processing speed and customer centric features. Vu GloLED TV is the only Google TV in the world with Advanced Cricket Mode and Cinema Mode developed at Vu’s New Product Development labs in India for the world”

The Glo Panel and Glo AI processor are the latest technology innovations from a company with a history of producing great products and technologies such as the Vu100 (100 inch TV), Vu Masterpiece QLED TV, Cricket Mode, Pixelium Glass technology, Cinema Mode, Upscaler OTT software technology etc to over 3 million customers.

The Vu GloLED TV is the best price-performance television that leaves products of other competitor brands in the dark! The Vu GloLED TV will be available from 13th September 2022, for sale on Flipkart & retails outlets in different sizes – 50 inches (₹ 33,999), 55 inches (₹ 38,999), 65 inches (₹ 57,999) and with additional size of 43 inches to be launched during Diwali.