New addition to its Eluga series of smartphones in India, Panasonic launched Eluga A with 5 inch display.The Panasonic Eluga A features a 5-inch FWVGA (480×854 pixels) IPS display, powered by a quad-core Qualcomm Snapdragon 200 processor with 1GB of RAM. Runs runs Android 4.3 Jelly Bean and and offers dual-SIM support. The smartphone comes with an 8-megapixel autofocus rear camera with LED flash and a 1.3-megapixel front facing camera.

The Eluga A is listed with 4GB of built-in storage that’s expandable via microSD card (up to 32GB). The handset measures in 143.8x72x9.2mm and packs a 2000mAh Li-ion battery. Connectivity options on the Panasonic Eluga A include 3G, Wi-Fi, Bluetooth 3.0, and GPS.
Launched at Rs. 9,490, the smartphone will be available to consumers from August 15. 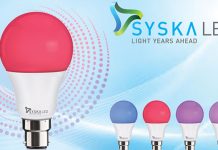 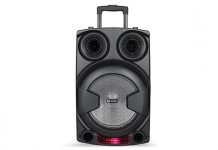