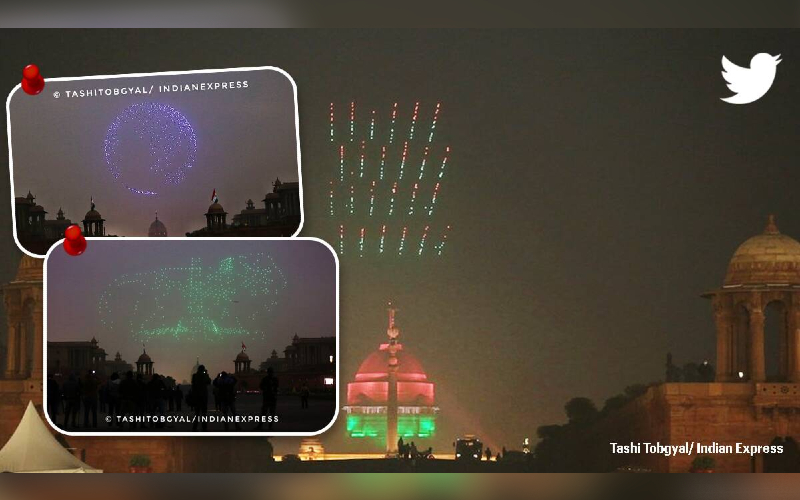 About 1,000 drones  had light up the sky for 10 minutes at the ‘Beating the Retreat Ceremony’ next week, Union Minister Jitendra Singh said on Friday, underlining that India will be the fourth country to carry out such a show.

A start-up supported by the Technology Development Board, under the Department of Science and Technology (DST) and incubated at the Indian Institute of Technology, Delhi, will conduct the drone show, the science and technology minister said.

India will be the fourth country after China, Russia and the UK to carry out such a large-scale show with 1,000 drones, Singh said

He said the drone show will be 10 minutes long, and will showcase the government “achievements@75” through many creative formations in the dark sky.

The project and its components have been developed indigenously, including hardware and software such as the flight controller; precision GPS; motor controller; ground control station (GCS) algorithms etc, the minister said.