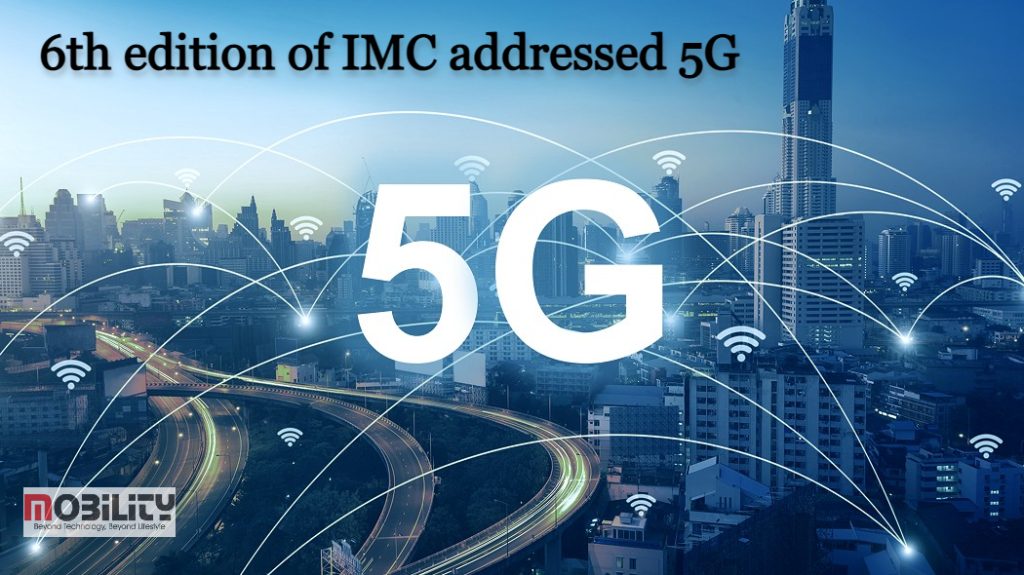 The 6th edition of IMC saw Reliance Jio, Airtel, and Vodafone Idea announcing their 5G rollout plans. The State-owned BSNL was absent in the 5G race as it is expected to roll out 4G services later this year.

The glasses that Narendra Modi had put in the event; it is Jio Glass. This first smart glass of Reliance Jio has been made by the company to make the 3D avatar, holographic content and general video conferencing experience more interactive. The weight of this glasses is about 75 grams. Jio Glass uses 3D avatars to enhance conversations in the virtual world.

The moment you enter Pragati Maidan Convention Center in New Delhi banners with 5G branding greeted you everywhere. For the last few years, 5G has been the main theme at IMC. It started as a vision, then turned into a promise, and this year 5G networks have begun rolling out services. Much of the show revolved around 5G and how it could impact your life in a positive way. There was a clear emphasis by telecom operators and hardware makers to establish the narrative that “5G” is more than the tech buzz it has been so far.

Mukesh Ambani, CMD, Reliance Industries, made it clear that the services will be ‘affordable’. He said that Jio will cover entire country with the 5G network by December 2023. Meanwhile, the company has started the Beta trial of 5G services in Delhi, Kolkata, Mumbai and Varanasi on Wednesday.

Similarly, Airtel announced the 5G services in eight cities starting from October 1. Sunil Bharti Mittal, CEO, Bharti Enterprise, who praised Jio for its pace, said that 5G is going to bring major transformation in the lives of people and thus simultaneously bring many new use cases.

Ashwini Vaishnaw, Minister for Communications, Electronics & Information Technology, announced Indian Government is going to set up 100 5G labs across the country. He added the Indian Government is working significantly towards simplifying the license regime for all telecom players and urged the telecom industry to convert a minimum 12 of these labs into incubators to train students, promote innovation, research and experiment.

The world has already whirled towards digital transformation to enable seamless communication, connection, and commerce. This has changed the way businesses operate and the way people live, work and play. The future of connectivity involves a dramatic evolution for businesses as a virtually unlimited number of things can be connected.

The world’s digital connections are about to become broader and faster, providing a platform for every industry to boost productivity and innovation. The future of the connected world is not just about the newest frontier technologies, such as 5G, AI, AR/VR, Cloud, edge, Internet of Things (IoT), robotics etc. but much of it will be defined by further evolution of these existing advanced connectivity technologies.

In New Digital Universe, a combination of technologies will take important strides forward, existing connectivity technologies are expanding their reach as networks are built out and the adoption grows. At the same time, the next generations of these technologies are appearing, with upgraded standards and enhanced applications. At IMC 2022, we plan to focus on the evolution path of existing technology and what it holds for businesses and individuals for the future through meaningful dialogues.

As far as pricing is concerned, Airtel said its 5G services will be available at existing 4G rates and new tariffs for 5G will be announced after some time. However, it will be interesting to see Jio’s pricing for 5G services since the company took the Indian telecom sector by storm back in 2016 by offering free voice calls and SMS with data at cheap rates, which was called “predatory pricing” by the competition but helped Jio dominate the market and make mobile data more affordable.

Cloud gaming is expected to be one of the many use-cases that are set to become popular after a mass 5G adoption. To bring the tech to its customers, Vodafone Idea will be partnering with Paris-based gaming tech company CareGame.

India is close to getting its first taste of 5G for the masses. Now, Indian telecom player Vodafone Idea has announced that it will also launch and demo its new cloud gaming capabilities at the event.