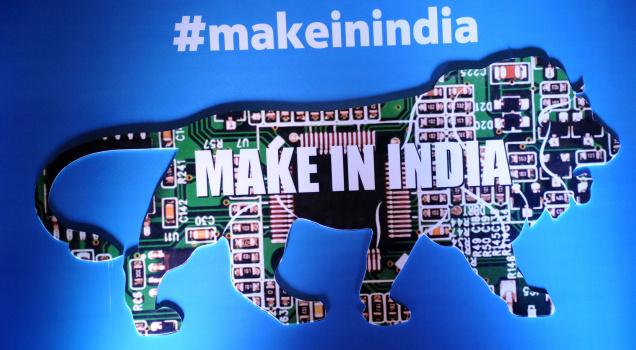 In its recent Notification (No 31/2016-Customs) dated 5 May 2016, the Government of India decided to roll back import duties levied on components of mobile phones in the Union Budget 2016. The notification brought down the duty on chargers, batteries and headsets from 29% to 12.5% (at par with that of imported handsets) and lowered the duty on populated PCBs (printed circuit boards) to 0% from 2% (instead of raising it to 12.5%). Broadband India Forum (BIF) – a dedicated Forum with representation from Telecom Service Providers, Technology Providers, R&D and Chip Design Companies, System Integrator, Project Management, Service & Solution Provide, MSO and DTH, Satellite & VSAT Service Providers – in their appeal to the Ministry of Communication and IT, has requested immediate withdrawal of the Import Duty rollback on populated PCBs and phone accessories in the interest of Hon’ble Prime Minister Narendra Modi’s vision of ‘Design in India’, as these equipments provide maximum opportunity for design and R&D.

In its note to DEITY, DIPP and DOT, BIF has submitted that lowering of duty on populated PCBs will be a big dampener for PM Modi’s vision of ‘Design in India’, as PCB provides the most opportunity for design and R&D. The note highlighted that no entity will design and invest in R&D in India if the PCB continues to be imported from China at 0% (zero) duty in fully-manufactured form. Though the increase in duty on imported handsets by 12.5% has increased manufacturing intensity of mobile phones in India from 5 million/year to 100 million/year, the local value addition is hardly 1 to 2%. Therefore, increasing duty on populated PCBs is the next logical step.

Mr TV Ramachandran, President – Broadband India Forum remarked, “While the industry was hoping the Government moved ahead with its 2015 initiative, this recent  announcement has pushed the country back to the days of phone assembly, instead of progressing to a phased-manufacturing regime. This notification goes against the letter and spirit of the stated intent of the Government, which is to gradually reduce the electronic imports and achieve ‘Net Zero Imports’ by 2020 under ‘Make in India’, as part of the Digital India action plan. Therefore, we request the Government to withdraw this notification immediately.”

The mere assembly of PCBs in India will immediately increase value addition to 10% from the current 1%, with scope of increasing it further with investment in ‘Design in India’ and R&D. It will also raise the quality of jobs and prevent these moving to other markets (in case they provide better economic conditions than India), and encourage component manufacturing in India by enabling components to be consumed in India (most components used in mobile phones are housed in PCBs).

In its request, BIF also highlighted that India faces a unique challenge in terms of compulsion to encourage and initiate indigenous design and manufacturing or ‘Make in India’ with higher local value addition. Accordingly, it is imperative to work towards reduction of the exponentially increasing Import Bill for electronics/telecom equipment & services – an expense expected to surpass the oil import bill by 2020 (estimated at $ 400 billion).