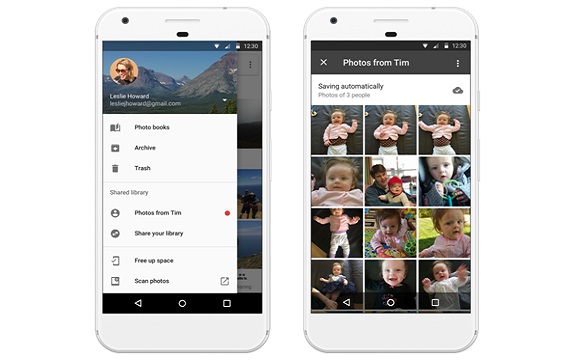 Save time with Smart Reply in Gmail
It’s easy reading your emails while you’re on the go, but responding to those emails takes effort. Smart Reply, available in Inbox by Gmail and Allo, saves you time by suggesting quick responses to your messages. Smart Reply is now coming to Gmail for Android and iOS too.

Smart Reply suggests three responses based on the email you received: for example, when you receive a text that contains a meeting request offering a choice between Monday and Tuesday, you’ll new see reply suggestions such as, “Let’s do Monday”, or “Monday works for me”, or “Either day works for me”. Once you’ve selected one, you can send it immediately or edit your response starting with the Smart Reply text. Either way, you’re saving time.

Smart Reply utilizes machine learning to give you better responses the more you use it. Smart Reply will roll out globally on Android and iOS in English first, and Spanish will follow in the coming weeks. More languages are slated to roll out soon.

Google Photos now offers new ways to share
Two years ago, we introduced Google Photos and now, more than 500 million people use it every month, backing up more than 1.2 billion photos and videos per day. At I/O, we announced new ways to help you share and receive the meaningful moments in your life.

Google on Day 1 announced three new ways to help you share and receive the meaningful moments in your life.

Suggested Sharing: With this feature, you can finally share and receive all the photos that really matter to you, without the work. Using machine learning technology, Google Photos will not only remind you to share—it will automatically select the right photos, and even suggest who you should send them to based on who was in the photos. Just tap send, and your friends and family will see all your photos, and get a reminder to add theirs too. Now all the photos of that birthday dinner or weekend trip are in one place, including—and especially—the photos you didn’t take.
You’ll see all your sharing activities and these suggestions in the new Sharing tab, which will be rolling out on Android, iOS and web in the coming weeks.
Shared Libraries: With Shared Libraries, you can effortlessly and automatically send and receive photos with one other person. You can give them access to your full photo library or, if you prefer, only photos of certain people or from a certain date forward. And when they share their library with you, you can automatically save the photos you want so they also show up in search and in the movies, collages and other fun creations Google Photos makes for you.
The latest on VR and AR at Google I/O

VR can transport you. With it, you don’t just get to see a place, you can experience what it’s like to be there. And AR brings computing into your world, letting you interact with digital information in your environment.
At Google I/O, we shared some of what we’ve been up to. Here are the highlights.

Daydream will soon also support a new category of VR devices, called standalone VR headsets. Standalone headsets don’t require a phone or PC. Instead, getting into VR is as simple as putting the thing on. The hardware is fully optimized for VR, and features a new headset tracking technology called WorldSense. WorldSense enables positional tracking, meaning the headset tracks your precise movements in space – and it does this all without any external sensors to install.
Augmented Reality
Google has been investing in Tango for years as a core technology for both virtual and augmented reality. With Tango, devices can track motion and understand distances and their position in the real world. For VR, technology from Tango has been used as the foundation of WorldSense. For AR, it can be used to enable smartphone AR experiences by placing digital objects in real spaces. The next phone with Tango technology will be the ASUS ZenFone AR, available this summer.