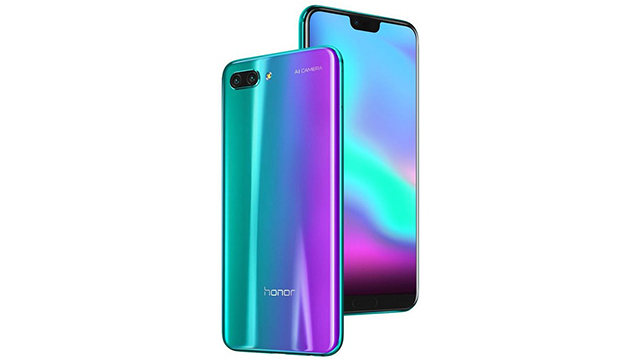 Huawei will launch Honor 10 Lite in India on January 15 exclusively on Flipkart, according to reports, in three color options – Gradient Blue, Valley White, and Magic Night Black. The phone is also set to be a Flipkart exclusive in the country.

The Honor 10 Lite has already been launched in China in November last year. The dual-SIM (Nano) Honor 10 Lite runs Android 9.0 Pie out-of-the-box with EMUI 9.0.1 on top. The smartphone sports a 6.21-inch full-HD+ (1080×2340 pixels) display with a pixel density of 415ppi. The handset is powered by an octa-core HiSilicon Kirin 710 SoC, clocked at up to 2.2GHz. It comes with 4GB and 6GB RAM options. The smartphone comes with 64GB and 128GB inbuilt storage options, both of which are expandable via microSD card (up to 512GB).

Optics includes a dual camera setup with a 13-megapixel primary sensor with f/1.8 aperture and a 2-megapixel secondary sensor. At the front, there is a 24-megapixel camera with f/2.0 aperture. It packs a 3,400mAh battery, and connectivity options in the Honor 10 Lite include dual 4G VoLTE, Wi-Fi 802.11 a/b/g/n/ac, Bluetooth 4.2 LE, 3.5mm audio jack, GPS/ A-GPS, and GLONASS. Sensors on board the handset include accelerometer, ambient light sensor, compass, gyroscope, and a proximity sensor. In terms of dimensions, it measures 154.8×73.64×7.95mm and weighs 162 grams.

The Honor 10 Lite is seen to sport a waterdrop-shaped notch, a vertically stacked dual rear camera setup, a rear fingerprint sensor, and a gradient back panel. The power and the volume buttons are housed on the right edge of the phone.