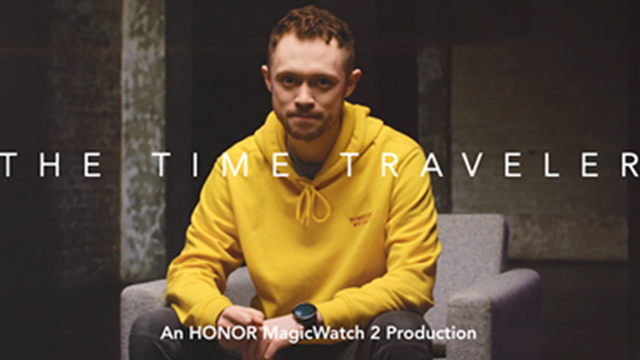 HONOR, the global leading wearable and smartphone e-brand, has teamed up with celebrity magician Luca Gallone, who has created a series of new Valentine’s Day themed magic tricks to celebrate the launch of the new HONOR MagicWatch 2.

The tongue in cheek video shows, Luca travel in time and perform a series of romantic magic tricks to impress his love interest in time for Valentine’s Day. The tricks were specially created by the star illusionist to showcase the HONOR MagicWatch 2’s capabilities, including its superior battery life, which can last for up to 14 days between charges, ultra-clear AMOLED touchscreen display, and heart rate monitor and music playback, among an array of features.

Luca, the 23 year old illusionist, has racked up over 4 million avid fans and 2 billion video views online, and has performed to Hollywood giants and royalty all around the world. He is known to have taken the industry by storm after launching his business as a magician aged just 18. Determined to take his talents to a bigger stage, Luca began creating viral videos online in 2018 and has since rocketed to stardom.

“We challenged Luca to create a series of tricks that would allow us to demonstrate the HONOR MagicWatch 2’s advanced features and functionality and we’re thrilled with the results. By blending sleight of hand with our innovative technology, Luca has managed to travel in time, achieving awe-inspiring results that quite literally get hearts racing,” said George Zhao, President of HONOR.

“Creating bespoke and unique magic content is something my team and I relish, but it’s also important that we truly believe in the product and brand we work with. As soon as I started using the HONOR MagicWatch 2, I loved it. The look is slick and smart. The length of the battery life is like a magic trick in itself.” said Luca Gallone.

To further cherish the special bond of love and togetherness, HONOR India has also taken a step ahead and come up with #MyRomantechValentine initiative urging its audience to simplify their love life with the use of technology. The campaign narrates how the feeling of love is similar to riding a roller coaster, and is filled with thrill, fun, fear and cherished moments. HONOR India’s latest technology offerings, which are present across categories, cater to larger audience and creatively help them cope up with such ups and downs.

Resonating with the brand’s TechChic lifestyle and binding it together with the lifestyle of consumers, HONOR India brings an array of devices – HONOR 9X, HONOR Sport Pro, HONOR Band 5i and HONOR MagicWatch 2 to ensure it’s a smooth ride for the lovers. The campaign highlights the importance of technology and how it is designed to not hamper relationships, but rather aimed at bringing people closer while making it easier to form real relationships that last forever.