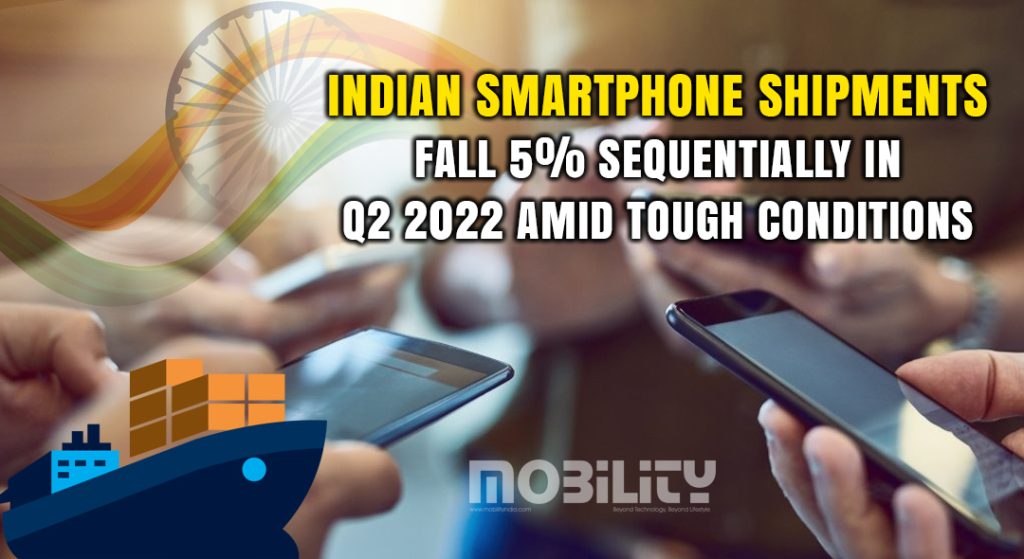 In Q2 2022, Indian smartphone shipments reached 36.4 million units, a 5% drop from the previous quarter, with major brands struggling to shift units as consumer demand dwindled. But as Q2 2021 was affected by the second COVID wave, the year-over-year comparison seems very positive, with shipments up by 12%. Xiaomi retained its market-leading position, shipping 7.0 million units, despite experiencing another quarter of both annual and sequential decline.

“Vendor activity remained muted in Q2, due to falling demand and government scrutiny of Chinese manufacturers,” said Canalys Analyst Sanyam Chaurasia. “Ballooning inflation hit consumers’ disposable income and vendors are struggling to cover their operating costs. Top Chinese brands, such as Xiaomi, vivo and OPPO, struggled with government scrutiny as well as financial problems. But the business impact remained limited, with no major changes in the vendor shares. Xiaomi maintained pole position, despite organizational changes owing to its revamped Redmi number series. OPPO and vivo continued to develop their omnichannel strategy, with the launch of the new K10 model and T1 series with their estores and eretailers. In the premium segment, Samsung’s positive reception for its flagship S series boosted its value share, while Apple is using India’s PLI scheme to make the iPhone 13 locally and support future aggressive pricing.”

“Vendors are looking to leverage strong channel collaboration as smartphone inventory is getting alarmingly high,” said Chaurasia. “Brands are using early deep discount sales, which began in June via the ecommerce channel, to get rid of stock before the holiday season kicks in. There will be more of these monsoon season sales on Flipkart and Amazon, with significant discounts to stimulate demand and prepare for upcoming launches in Q3. Simultaneously, vendors are supporting offline retailers’ margins, helping them provide better deals to end users. While the second half of the year will not see a surge in pent-up demand like last year, the rebound through the festival holiday season will be driven by replacement purchases. The weakening Indian rupee, rising retail prices and Chinese brands’ compliance risks are hindering growth in the sub-US$200 segment. The domestic economic environment remains cautious in the short term. A recovery in the mass market is contingent on proactive economic measures and adequate rains.