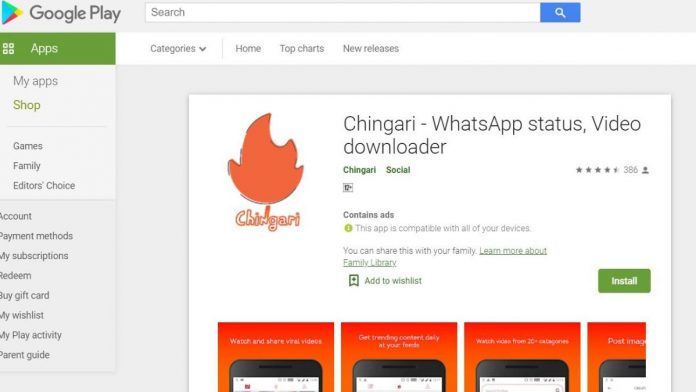 In the wake of a rising sentiment among the countrymen to break from the shackles of Chinese apps, Indian social app Chingari is providing the most suitable “Made in India” alternative to TikTok. The popularity of Chingari app is soaring high as this free social platform has already garnered more than 100,000 users and the number of subscribers is shooting up steadily. The application is available on both iPhone and Android.

The custom-designed audio and video based social app was developed in 2019 by two Bengaluru-based programmers — Mr Biswatma Nayak and Mr Siddharth Gautam — in their part time. The two techies were serving in Globussoft Technologies at that time. Back then, TikTok hadn’t shot to fame and was known as Musical.ly.

Chingari allows a user to download and upload videos, chat with friends, interact with new people, share content, browse through feed, and much more. A Chingari user gets the opportunity to go creative with WhatsApp status, Videos, Audio clips, GIF stickers, and photos, and become popular.

Mr Biswatma Nayak, Co-founder of the Chingari App, said, “Prime Minister Narendra Modi has given us the clarion call of ‘Vocal for Local’ and Chingari has been developed completely in India. It is the best replacement for video entertainment apps by foreign firms. Chingari isn’t a clone of some foreign app but has been designed in keeping with the needs of Indian users. It is time for all of us to switch to Indian made apps like Chingari.”

The primary difference between Chingari and TikTok is that the former pays a content creator on the basis of how viral the video becomes. For every video that you upload on the Chingari app, you get points (per view) which can be redeemed for money. So, unlike TikTok, Chingari is rewarding for creators as they don’t just get fame but also money for the content they upload on the app.

Recently, a TikTok-clone app made into headlines after it was circulated that it is ‘Made in India’ but later Pakistani designers claimed that it was designed by them. The app was even removed from Google Play Store for flouting norms. As a responsible platform, Chingari app does not endorse such advertisements tactics to sinfully garner hits.

Chingari has made its way into the hearts of Indian youths by ensuring transparency and highest data privacy standards. The app, developed to cater fast moving needs of modern Bharat, is updated at regular intervals to provide users with a seamless experience.

So, get on board for your daily dose of entertainment and give wings to your talent with your ‘Made in India’ Chingari app.