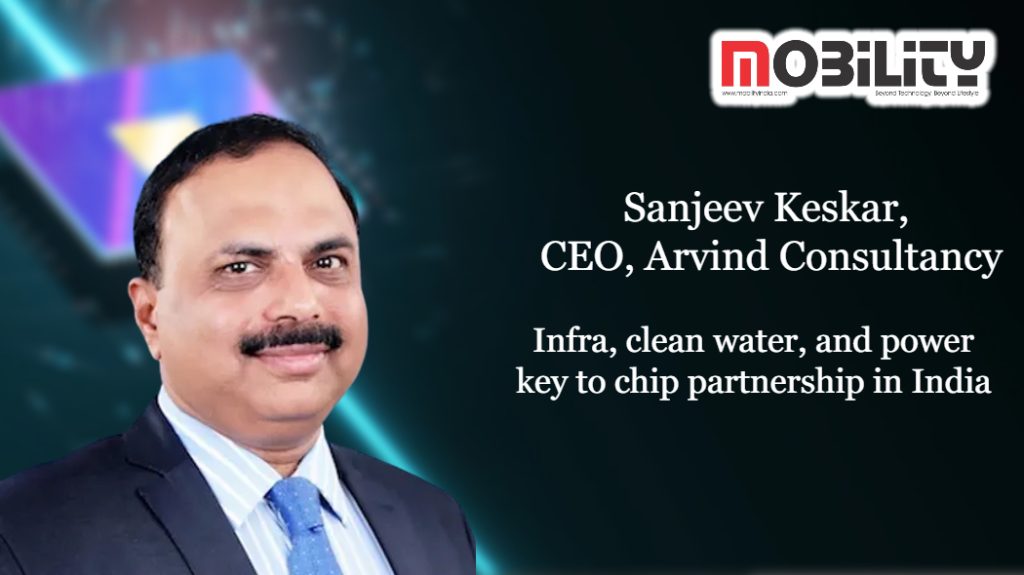 The success of India’s semiconductor manufacturing plans depends heavily on partnerships with global companies. Vedanta’s recent tie-up with Foxconn underscores this. But setting up chip-making factories requires a lot of other factors, including adequate infrastructure, clean water, and power, according to

Speaking to DIGITIMES Asia recently, Keskar pointed out that foreign companies will have to consider several key factors when joining forces with Indian counterparts. A strategic partnership requires both parties to complement each other while ensuring that the environment is conducive to working together.

“There are two aspects here,” Keskar pointed out. “First, companies will definitely look for good joint venture partners, who are strategic, and not coming in only as investors. They will want some synergy and commitment to semiconductors. Second, they will need the infrastructure required for building semiconductor plants. This includes clean water and clean power, which could become a critical factor as not all Indian states may be able to provide them in the large quantities required for semiconductor manufacturing.”

Will India get it right this time?

Clean water and other infrastructure are some of the many challenges that India will have to overcome as it embarks on its goal of becoming a major chip-making hub. While they sound daunting, Keskar believes that the current initiative has more potential than previous efforts.

“India has been trying to build a semiconductor ecosystem since around 2009 when the first semiconductor policy was released,” Keskar said. “A few years later, the Modified Special Incentive Package had a special provision for semiconductor wafer fab to support 25% of the capex. But even after these, no concrete plan got implemented to manufacture semiconductors in the country. But the four policies announced this time are well-thought and well-planned, so I am confident that this time we will see a lot of semiconductor manufacturing projects.”

The four policies that Keskar refers to were announced in December 2021. The first one is for the CMOS wafer fab, where the government will support two projects with 50% investment from its side. The second is for displays fab, where the government will fund 50% with a cap of US$1.6 billion. The third incentive is for compound semiconductors, under which photonics, sensors (including MEMS), semiconductor packaging (ATMP / OSAT), etc, will get 30% investment support from the government. Finally, design-linked incentives and deployment-linked incentives for fabless chip design companies.

How has the response been so far?

The government’s interest in this sector has seen a good response, with five companies already submitting proposals and a number of others expressing interest. Keskar explained that the overall sentiment remains positive, which could help India see solid results.

“The government has already five proposals while big companies like Vedanta and Tata have already announced or expressed their interest in entering the semiconductor place,” Keskar pointed out. “Also, I’m seeing many global technology companies interested in working under the compound semiconductor incentive scheme. So, I see companies that are into sensors, MEMS sensors, photonics, silicon carbide, etc, interested. So, overall, there are some very positive developments seen after the launch of these four policies.”

The government may take a decision on the five proposals by next quarter. It is forming the Indian Semiconductor Mission for this, which will review these proposals. Keskar expects the education process to begin after that, with the fab building process to last about two to three years.

Challenges in a competitive market

Keskar believes that India faces challenges on two fronts. The Indian government’s initiative may be commendable, but it is up against stiff competition from several other countries when placed in the global context. The current chip crisis has prompted many countries to consider chip manufacturing to limit their reliance on the overseas supply chain.

“Last year, the global semiconductor market was worth US$500 billion, and now it is expected to be US$1 trillion by 2030,” Keskar said. This means that it is going to be a massive industry globally. And looking at this growth, every country is committing substantial investments into the semiconductor sector. Already the US has announced US$50 billion worth of investment. So has the European Union. China and Korea are doing the same. Taiwan is already a leader with TSMC and other large companies. So, the first challenge I foresee is creating a value proposition differentiator.”

The second challenge is choosing the right product and market to focus on. Will you make the 65nm, 45nm, 28nm, or go for something more cutting edge? While the former does have applications now, will it continue to remain in demand as the industry evolves and as every other country looks to get into this sector? Such strategic decisions will prove critical in the medium to longer term.

Building a chip hub in the subcontinent

There is no doubt that several companies and analysts closely watch India’s efforts to enter the semiconductor manufacturing segment. Unlike its neighbour China, India has never been able to develop a significant manufacturing sector so far, but given the availability of labour, talent, and government support, things may change now.