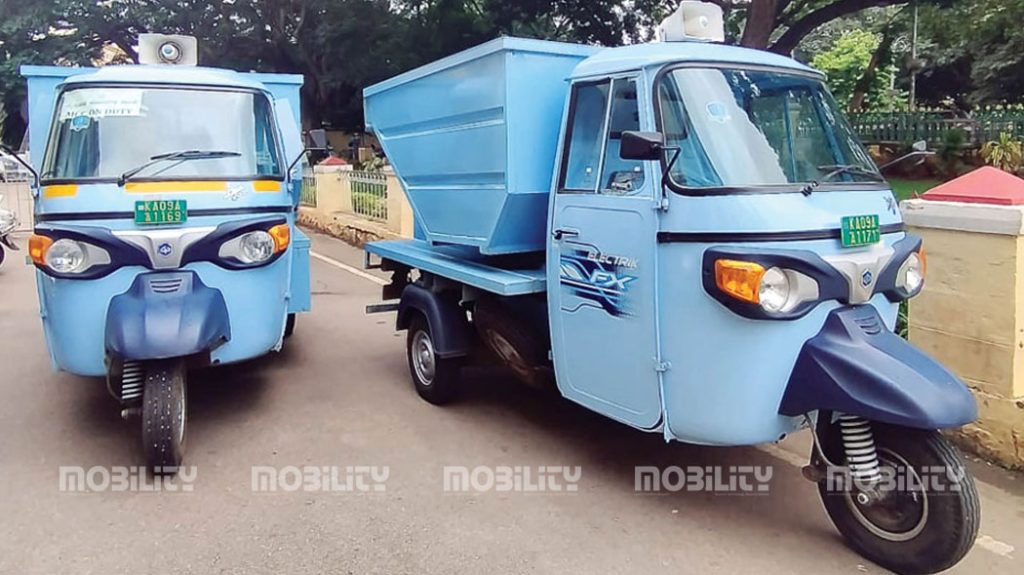 Mysuru’s solid waste management has gone ‘green’ as zero emission vehicles have been deployed to transport waste generated in the city centre, ushering a new approach to the cleanliness initiatives that the Mysuru City Corporation (MCC) has been executing for upscaling the city’s ‘Swacch image’.

Besides saving on fuel cost, MCC is taking steps to realising its vision of achieving zero emission. The civic body claims to have saved on overheads by using electric auto tippers that have been in operation for a few months.

Mysuru has been ranked the cleanest among medium-sized cities in India, as per the Swachh Survekshan ranking for 2022 that was announced recently. The city is seen as a model when it comes to meeting the ‘Swacch’ requirements. The MCC, wanting to be different from the rest, introduced electric vehicles for transporting e-waste from commercial establishments dealing with electronic components and computers.

Six zero emission auto tippers are transporting e-waste and dry waste that earlier used to be dumped on the roadside in the central business district (CBD). Each vehicle can transport 700 kg of waste. Each vehicle can run up to 80 km after a 4-hour charge