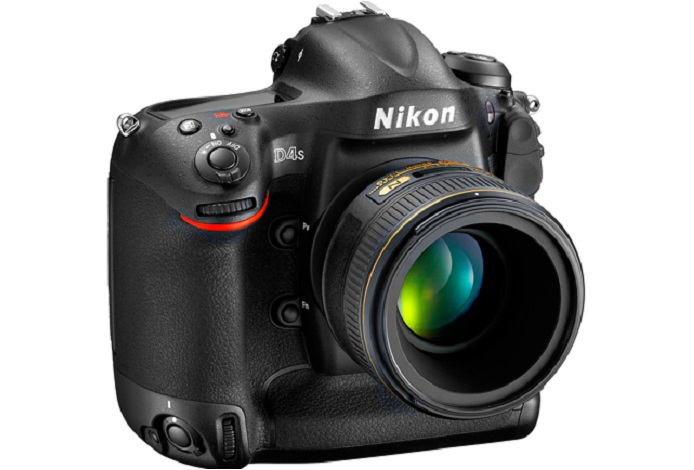 The unstoppable: Perfect for fulltime Pro

After the launch for D4s, there are many discussions about its megapixel count; many people want it to be 25 megapixel full frame sensor, but Nikon launched this with 16 megapixel full frame sensor. However,  this is meant for professional photographers who don’t need that much of high resolutions, so Nikon focuses on to make this professional camera really  fast. It’s been two years since Nikon introduced their flagship SLR, the D4. While that camera has undoubtedly performed really well and everyone appreciated its quality and performance, Nikon has decided that it’s time for a refresh. D4s which on the surface, doesn’t look much different than its predecessor and the major changes to the D4s are inside its magnesium alloy body.

Look and Feel:
The D4s feels great in hand and its sculpted body fits well. It has a built-in vertical grip with two total shutter releases each with its own separately programmable function button. It also features two sets of command dials, two AF-ON buttons, and two new thumb controllers. The MIC button has been moved so it’s now a stretch to reach while shooting. For storage, it has one CF slot (UDMA 7), and one XQD slot. On the connectivity part, it has USB, HDMI (mini-C), RJ-45 Ethernet.

Big change:
The biggest changes on the D4s are its processor, wider ISO range at 409,600, group area AF feature, and slightly faster burst speeds. Nikon has also reduced viewfinder blackout time, made transitions more ‘smooth’ when shooting time-lapse, and added 1080/60p video recording. Movie makers will also enjoy the ability to use Auto ISO when using manual exposure, audio range and level adjustment, and the ability to output uncompressed video over HDMI while simultaneously recording to a memory card.

Performance:
11 fps burst shooting with full autofocus and auto-exposure makes it an ideal weapon to shoot sports and wildlife. To test this fast camera, we opted for SanDisk Extreme Pro 64 GB Compact Flash card, as the camera supports CF and XQD cards. The very first thing that we tried is its new Group Area AF mode which is a moveable 5-point clump of AF points that operates as a single focus area. This is a fantastic addition by Nikon in its D4s as it improves focus when shooting subjects against a busy background and you get perfect focus on the subject rather than its background. For portrait photographers, you can use face-detection based metering in the optical viewfinder, and the standard Picture Control and white balance have been tweaked to deliver better skin tones.  Another thing you will love about D4s is its ability to shoot in darkest of conditions, an expanded sensitivity up to an incredible ISO 409,600 which is double the maximum sensitivity of the D4, making the D4S capable of producing images in some of the darkest of conditions. What is more, the battery life jumps if you switch to the new, higher-capacity EL-EN18a battery. D4 has a CIPA-rated 3,020 shots/charge capacity. The Ethernet connection gets a speed boost too jumping to 1000 BaseT. About the lens compatibility, the Nikon D4s had a built-in motor and AI coupling feeler, so all AF lenses work, as well as classic AI, AI-s and AI-P manual-focus lenses all work.