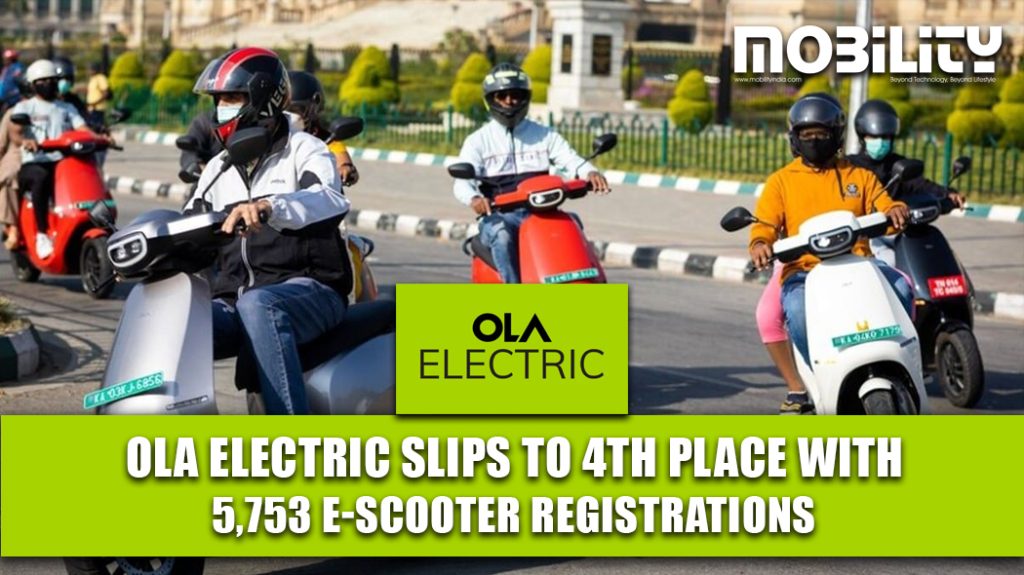 Ola Electric fell to fourth place with the registrations of 5,753 electric scooters as of the evening of June 30, according to the VAHAN data, overtaken by its rivals Okinawa, Ampere, and Hero Electric.

The Bhavish Aggarwal-founded start-up, which blazed into the market with electric scooters and huge booking numbers as claimed by the company, has seen its rank in terms of registrations go down month after month. In April it was on top, the position it lost in May to Okinawa, and in June it has hit number four. Ola’s registration figures have fallen by 33 per cent on the last day of June compared to the last day of May.

An Ola Electric spokesperson said: “We were prepared to see the impact of supply chain constraints, especially on cell shortage in June. We calibrated our business priority for the month to focus on bettering our customer service and bought our TAT to within 48 hours. Come July, we are confident that supply chain issues will start fading out and our strong order book will be fulfilled.”

The sobering news is that after a sharp fall in registrations in May over April by 24 per cent (based on the VAHAN data for eight electric scooter players, which account for the bulk of the volumes), they are marginally up in June at around 32,807 vehicles over 32,680 in May.