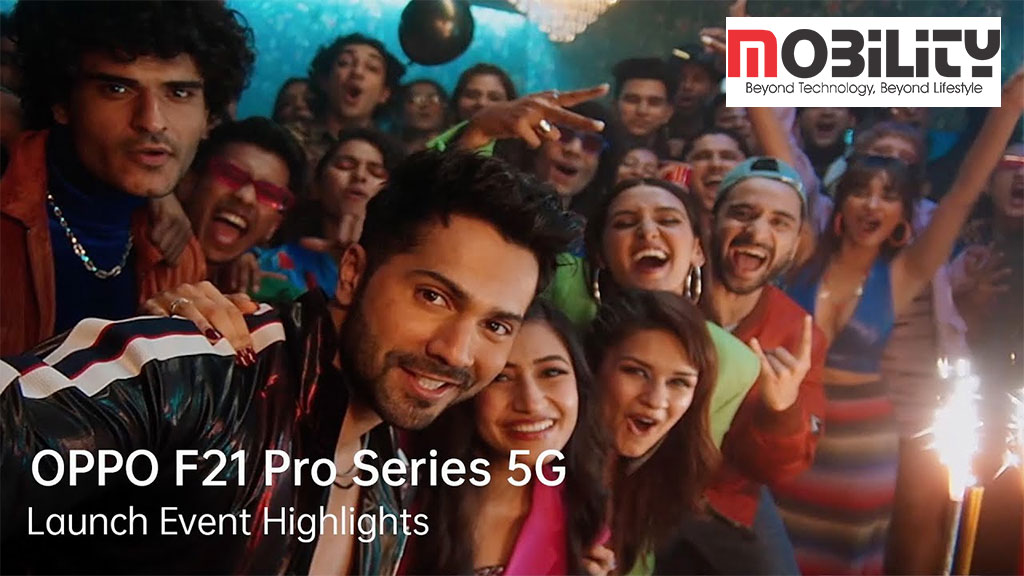 The campaign teasers follow a sneak-peek into Varun’s friend’s plans for a surprise pre-birthday party for him and culminate with the launch film that lets fans be a part of Varun Dhawan’s birthday bash, right from their homes.

Commenting on the campaign, Damyant Singh Khanoria, Chief Marketing Officer, OPPO India, said, “We are delighted to collaborate with Varun Dhawan for the launch of our flaunt-worthy F21 Pro series. The creative campaign #FlauntYourBest showcases segment-first features of the new F21 Pro in Varun’s inimitable quirky style. OPPO, being a stylish and innovative brand, resonates well with Varun’s fan following, and makes him the perfect fit for the brand.”

Speaking on the campaign, Varun Dhawan, shared, “It is always a pleasure to partner with OPPO; the OPPO F21 Pro series is an ultimate addition with its stylish design aesthetics, imaging capabilities and unmatched performance. Besides, I got a great birthday party out of it!”

The first teaser shows Varun and his friends on a video call about getting together on 12th April without giving out details, to create intrigue among fans that something big is about to happen. The teaser also showcases Varun’s and his friends’ favourite device, the F21 Pro, with its unique fibreglass-leather design, and the new Orbit Light around the microlens that’s part of its rear camera setup.

In the second teaser, Varun’s friends help him choose the perfect outfit for the event. He is looking for something trendy and smooth, just like the sunset orange-coloured OPPO F21 Pro.

The final teaser shows Varun, on the day of the party, in an elevator, clicking sharp, bright, natural selfies in low light conditions, using the flagship Sony IMX709 Selfie Sensor of his F21 Pro, and sharing them with his friends.

Finally, the launch film shows Varun reaching the venue of his surprise birthday bash. The epic party kicks off with music from Shah Rule and dances by the celebrity guests. Throughout the party, Varun and his friends shoot stunning ultra-clear, bright and sharp selfies with the flagship Sony IMX709 Selfie Sensor on the F21 Pro, with its AI Portrait Enhancement feature and Selfie HDR function.