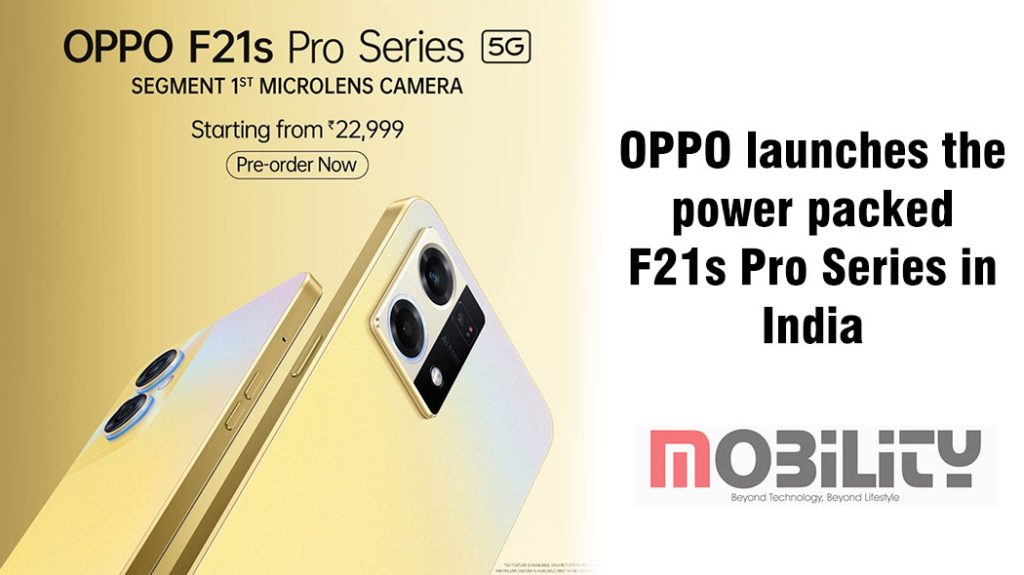 OPPO launched its newest F21s Pro and F21s Pro 5G—priced at INR 22,999 and INR 25,999 respectively—for the festive season. The smartphones will be available at the OPPO Store, Amazon, and across mainline retail outlets.

The F21s Pro comes with segment-first microlens with 15x and 30x magnification capabilities. It enables the users to dive into the rich details of the microscopic world around them.

The first film shows Dhawan obsessing over the microlens feature of the F21s Pro and how it has given him a completely new perspective on everyday mundane objects. The second film encourages consumers to try the specially designed IG Filter game that showcases the magic of the microlens.