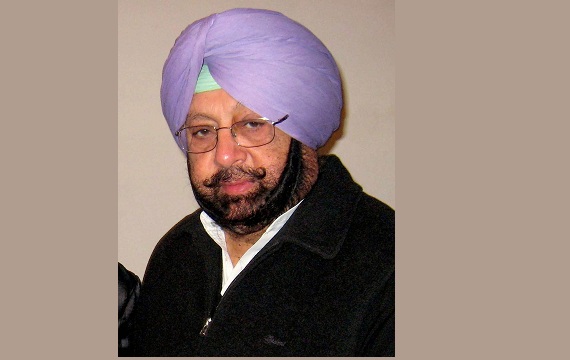 The meeting was a dimension of Punjab government’s motto to revitalize its investment and development opportunities in the state concerning major plans including smart technologies for smart cities, venture funding, development in the areas of Information Technology, incubation and startup activities, ePragati among others.

The sum and substance of the meeting included opportunities for LeEco’s smart handset business in Punjab besides improvement in technology for the younger generation. This will provide a favourable boost to the employment sector and will help in managing the business in the state. Captain Amarinder’s smartphone scheme too was covered as the Chinese energy major made a proposal to the Chief Minister to provide mobile handsets, under its brand name LeEco, a major push to Captain’s key pre-poll promise.

Secondly, the smart city project was also mooted which is the expertise of ZTEsoft. It also have major experience in managing projects with the government and private entities.

The pilot electric vehicle project to set up an electrical vehicle manufacturing facility was also discussed at length under the ‘Smart City’ ambit. The CM also called for support from the three Chinese companies concerning the investment and the imminent market response to the discussed project.

Captain also assured of a policy to be introduced to encourage the use of electric cars owing to the fact that they are not only energy saving but environment-friendly as well. Additionally, he offered local partnerships for the company to promote the use of electric vehicles for commercial and personal use. He displayed confidence in the compatible investment climate, a moving factor which could further boost the prospects of trade and commerce activities in the state.

A single window service provided by the Punjab Bureau of Investment Promotion (PBIP) would ensure all clearances required for setting up of industrial units in a time bound manner without any frills, said Captain. He also informed to Chinese technology delegates about the preparedness of his government for an alliance with the company on any business model as mutually accepted to both the parties. Punjab’s new industrial policy was also conferred about as a boost to investment policies in Punjab. He mentioned various factors such as amicable incentives, notable concessions will drive the industry towards elevation.

Considering Punjab’s economic aspect Dr Alex Li said, “LeEco is excited to extend technology support to this initiative from government enabling Punjab as technology hub & creating job opportunities for youth in the field of telecommunications, computers and IT sector”.