RedmiNote11 to be launched on January 26th 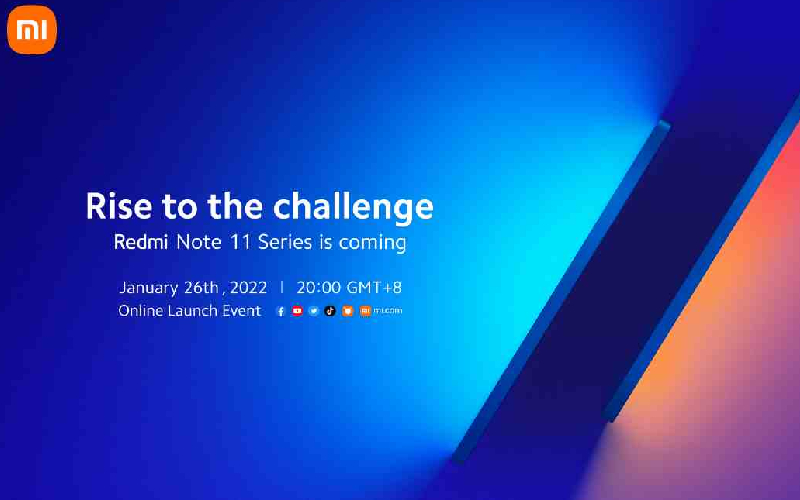 The Redmi Note 11, a new generation of affordable Xiaomi phones  is getting a global launch at the end of January, January 26.

When they launch, the Redmi Note 11 phones could continue that trend, as they have some impressive aspects like their big batteries, fast charging and high-res cameras.

Aside from the displays, the three Redmi Note 11 phones look near-identical. They have an interesting design change from previous Redmi phones in that the edges are completely flat, like on recent iPhones but unlike most other smartphones on the market.

The design similarities are most noticeable on the camera bump, as all three devices have the same-looking module with one large and three small lenses – while the standard Note 11 actually only has two smaller lenses, you wouldn’t be able to tell to look at it, with a dark spot that looks like a lens from a distance.

All the phones are IP53 rated against dust and moisture, and they all have a side-mounted fingerprint scanner for unlocking the device.

The Redmi Note 11 comes in black, blue or green, and while the Pro and Pro Plus also get a purple option, the top-end model doesn’t come in blue