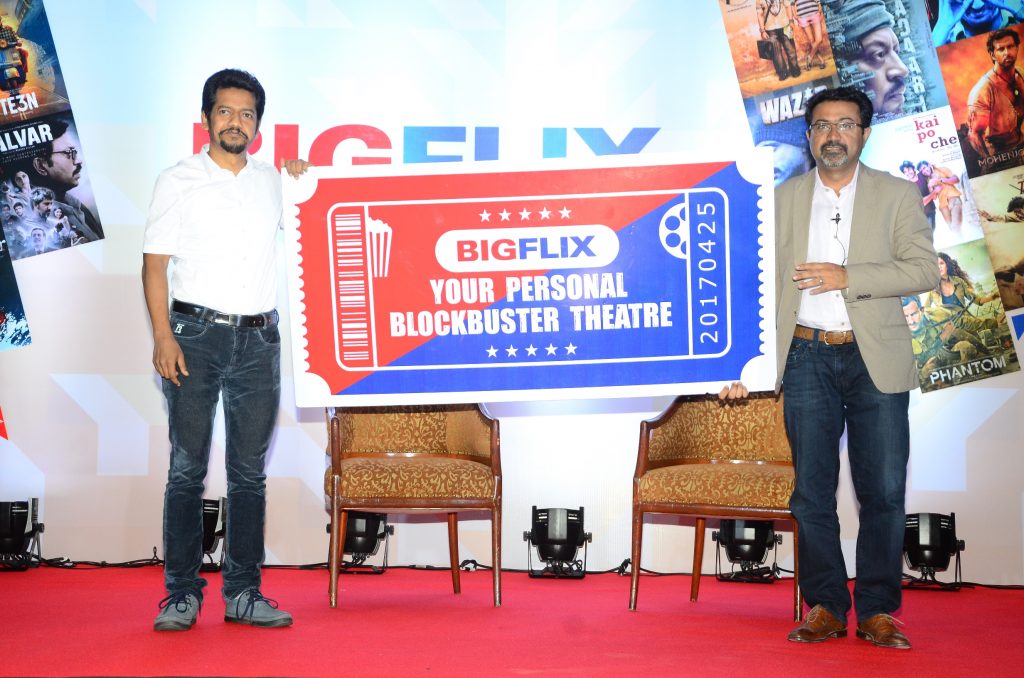 Anil D. Ambani led Reliance Entertainment’s pioneering movie platform, BIGFLIX, is now a global personal blockbuster for Indians in India and audiences across the world. Reliance Entertainment today announced the launch of BIGFLIX in a nine-language, multilingual avatar for India and global markets. With the re-launch, the country’s first video-on-demand brand is back with a contemporary positioning and abigger reach in and outside of India.

The new BIGFLIX will have 2000 HD movies in nine Indian languages to start with, including Hindi, Telugu, Tamil, Punjabi, Malayalam, Gujarati, Marathi, Bhojpuri and Bengali. The indigenously developed technology of BIGFLIX will deliver a personalised theatre experience to users who can stream and download movies advertisement-free, on any Internet-connected device including personal computers, tablets, smartphones, smart TVs and game consoles.

Said Mr. Shibasish Sarkar, Chief Operating Officer, Reliance Entertainment, “Indians are moving to digital entertainment in a big way with consumption growing on daily basis. Notably, BIGFLIX will fill in the void created by the decline of the home video market by digitally delivering movies.”

With 3.9 million registrations, BIGFLIX is already amongst the leading SVOD (Subscription Video On Demand) provider. It offers video content in categories such as feature films, short films, devotional, and movie trailers.

Mr. Amit Khanduja, CEO, Reliance Entertainment-Digital, said, “Globally the demand for video content has risen steeply, and the digital platform is witnessing a wider audience everywhere, including India. BIGFLIX will provide high quality video content from some of the biggest banners including Dharma, Disney, Viacom, Phantom, Telegu One and Rajshri, among others.”

In its revamped avatar, BIGFLIX will also serve the latent demand of the Indian expatriates across the world. With its multi lingual library of 2000+ HD films, including latest films, BIGFLIX aims to put an end to piracy and poor quality film viewing.

BIGFLIX is one of the world’s largest SVOD provider with over 3.9 million registered users. Launching with an aggressive pricing of Rs 50 for unlimited viewing per month, BIGFLIX is set to provide quality entertainment without breaking the bank across genres, languages and platforms.