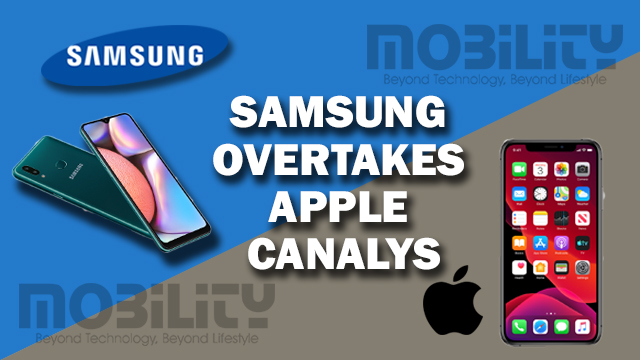 Samsung Electronics overtakes Apple as the world’s biggest smartphone producer, accounting for a fifth of overall global sales in the first quarter, according to market research firm Canalys.
China’s Xiaomi Corp clocked its best quarterly performance ever, with shipments surging 62% to 49 million phones and market share to 14%, taking it to the third position after Samsung and Apple.

Overall, global sales surged 27% to 347 million units in the first quarter as the Chinese economy opened up after the pandemic and a swift vaccine rollout in the United States raised hopes of an economic recovery.

South Korea’s Samsung shipped 76.5 million smartphones in the quarter to grab a 22% share of the market, Canalys said. The company reported a 66% surge in quarterly profit in its mobile business, thanks to robust sales of its flagship Galaxy S21 smartphone series. Canalys said Apple shipped 52.4 million iPhones in the January-March period, falling to the second spot with a 15% marketshare, after it wowed Chinese shoppers in the December quarter with its new 5G-enabled iPhone 12.

Last year, people shopped for smartphones and gadgets as they stayed indoors because of the coronavirus pandemic, fuelling a global shortage in semiconductor chips that has roiled industries including autos and white goods.