Saregama Hits the 1 Million Mark for the Sale of Carvaan! 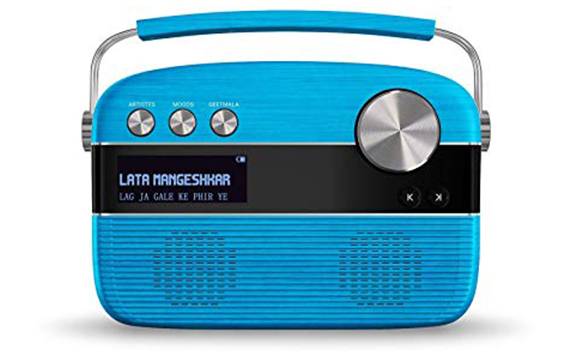 Saregama celebrates 1 million mark for sale of Carvaan. The journey that started a little more than a year back has taken the entire music industry by surprise. The figure speaks volumes about the company’s belief in the product that became talk of the town ever since its launch.

Saregama Carvaan was introduced at the time when the world was going gung-ho about shift of music consumption pattern from physical to digital. Following the brand wagon was the no brainer for most of the industry players, but Saregama chose to take a step ahead by introducing a product that was never thought of and it later also got awarded as ‘Innovation of the Year’. The product was awarded as the ‘South Asia Brand of the Year’ title at Campaign Asia Awards 2018 on December 4, 2018.

The product not only became a hit in its target audience but it broke numerous fads of the industry. To mention a few: It was believed that the consumers in India do not like to pay for music. However, this was one product that sold like a hot cake in the market. Experts thought that it is difficult for a product like Carvaan to be successful in this market where the data cost is so low and the entire playlist is available online for free. The device could offer only 5000 songs unlike internet which had the entire musical world to offer.

Still a handful of people understood that Carvaan was not just a collection of song but an experience for its consumer. This is not all. Today, we feel that a music device needs to be very compact and sleek with a touch feel to operate it. Carvaan, unlike the expectation was introduced as a solid product in shape of a radio with chunky buttons and dial. It was interesting to see how the product became a must for the living rooms of music connoisseurs and soon people also started matching the device with their furniture!

Where most gifting companies focused on Millennials, Saregama was one of the few brands that introduced a product for older generation. It is the only brand that offers in home warranty for an electronic product that costs below 10K. It also offers home demo facility for the consumers.

Mr. Vikram Mehra, MD, Saregama India, said, “We are all excited and geared up to hit the next milestone with Carvaan. As we know, the idea of Carvaan could not garner rave reviews. However, we are glad that the success of the product has won us applause from the industry. Today, the brand Saregama Carvaan has international appeal and is spoken about in overseas market. The journey so far has been great and have collected numerous stories of nostalgia and emotions in the way.”