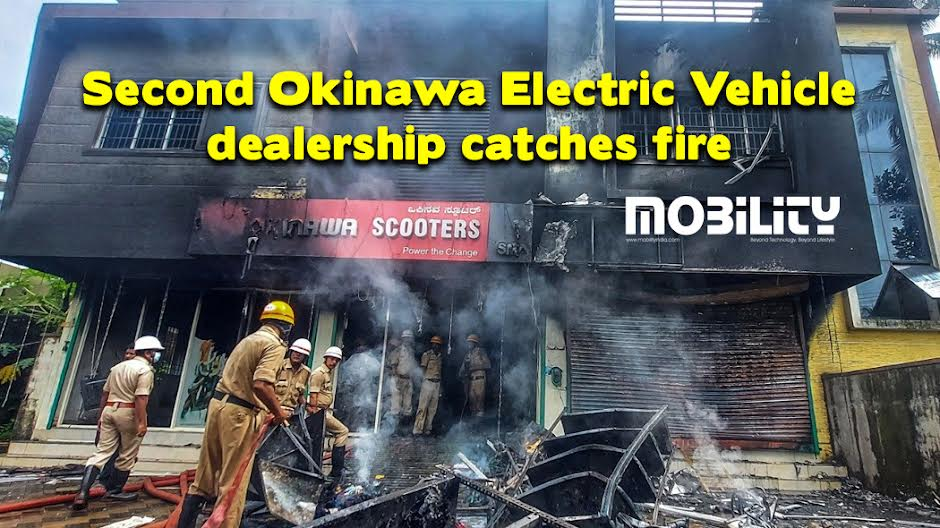 The incident happened in Naguri, Mangaluru where an Okinawa dealership caught fire. It is expected that the cause of the fire is a short circuit. This is the second Okinawa dealership to catch fire. The first incident that happened in Tamil Nadu and Okinawa cleared that the root cause of the fire was a short circuit and not any electric scooter or battery. Fortunately, no casualties were reported in both incidents.

Because of so many incidents, the Indian government launched a probe to find the reason behind the fires. Defence Research & Development Organisation (DRDO) reported that the issue is with the battery design and EV modules. DRDO said that the bad battery design is causing fires. Such defects occur when manufacturers use low-grade materials to reduce the production cost.

The government has also summoned the electric vehicle manufacturers after the Defence Research & Development Organisation filed the report. The Union Ministry will hear the companies before taking an appropriate decision on the matter.