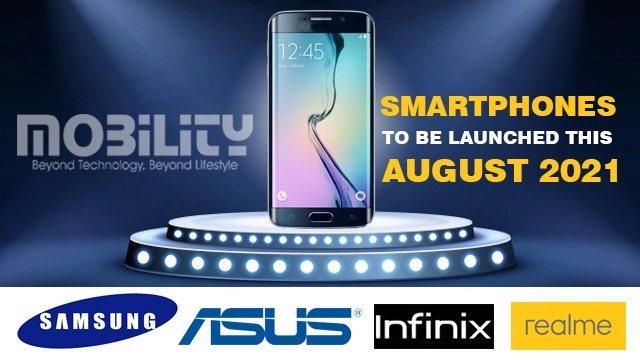 Smartphones to be launched this August 2021

Smartphone launch season is about to begin with tech giants like Samsung, Infinx, ASUS, Realme this month.

Asus 8Z is also one of the much-awaited launches of the month with the launch already being pushed for at least a couple of months. The Asus 8Z and Asus 8Z Flip smartphones are expected to launch in August as well

Realme GT flagship phone is expected to arrive in India along with a sidekick and Moto might bring its newly launched Moto Edge 20 series to India. Apart from these, we are also expecting a few more phones in the mid-range and budget segment from Redmi, Samsung, Tecno, and more.

The list of smartphones expected to launch in August 2021 also includes devices from Nokia. Additionally, the Motorola Edge 20 series with the Edge 20, Edge 20 Pro, and the Edge S smartphones. The Realme GT Neo, Blackberry 5G Phone, Google Pixel 5A, and the Micromax In 2C are also said to debut in August.