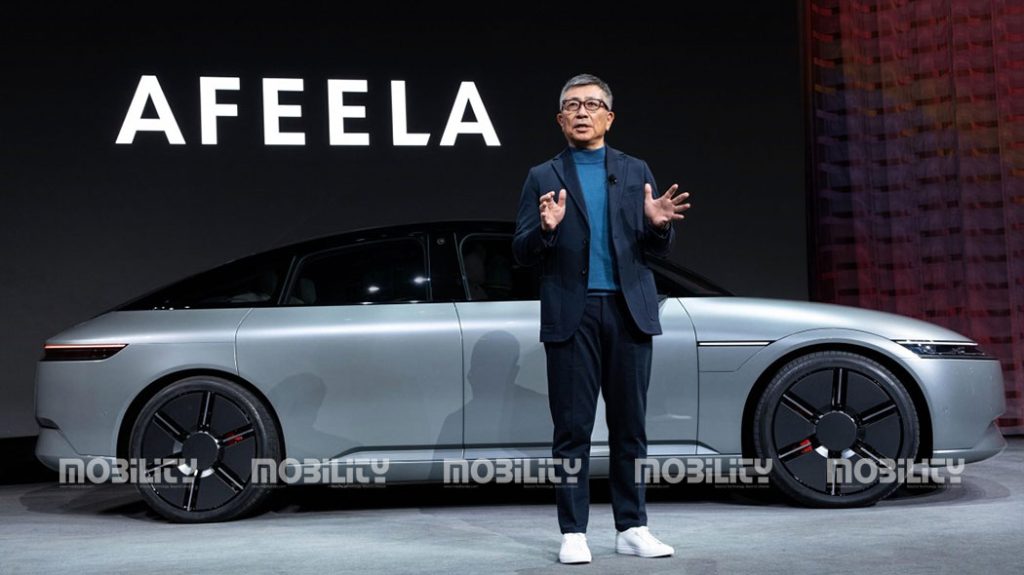 Sony, in collaboration with Honda, has unveiled its first EV prototype under the brand name “Afeela”. The joint venture between the two companies is called Sony Honda Mobility (SHM). Afeela prototype was showcased in the technology trade show CES 2023 held in Las Vegas on Wednesday.

Yashuhida Muzino, CEO of the joint venture, said that the venture will also be working closely with Qualcomm to “realize intelligent mobility, continuous software updates and high performance.” The EV will use hardware from Qualcomm including its Snapdragon chip system.

The prototype sports rounded corners and a sleek black-tint roof. Its design resembles a car out of the iRobot universe. Sony’s main focus will be to enhance the entertainment experience of the unveiled sedan’s passengers. This is a trend seen in various companies as they focus on improving the cockpit experience of their cars.

As more cars become capable of autonomous driving, passengers like to pass time entertaining themselves while the car drives itself to the destination. This means there is a huge potential to sell content via subscriptions bundled with the locomotive.

The EV prototype comes equipped with more than 40 sensors, replacing even side-view and back-view mirrors with cameras. Sony aims to benefit from its industrial know-how of sensors. According to Muzino, the car will also use the Unreal Engine tool from Epic Games to create a 3D map of its surroundings.

Sony Honda Mobility plans to start taking the new EV’s pre-orders in 2025. The company further plans to deliver its vehicle to customers in the North American market by 2026.