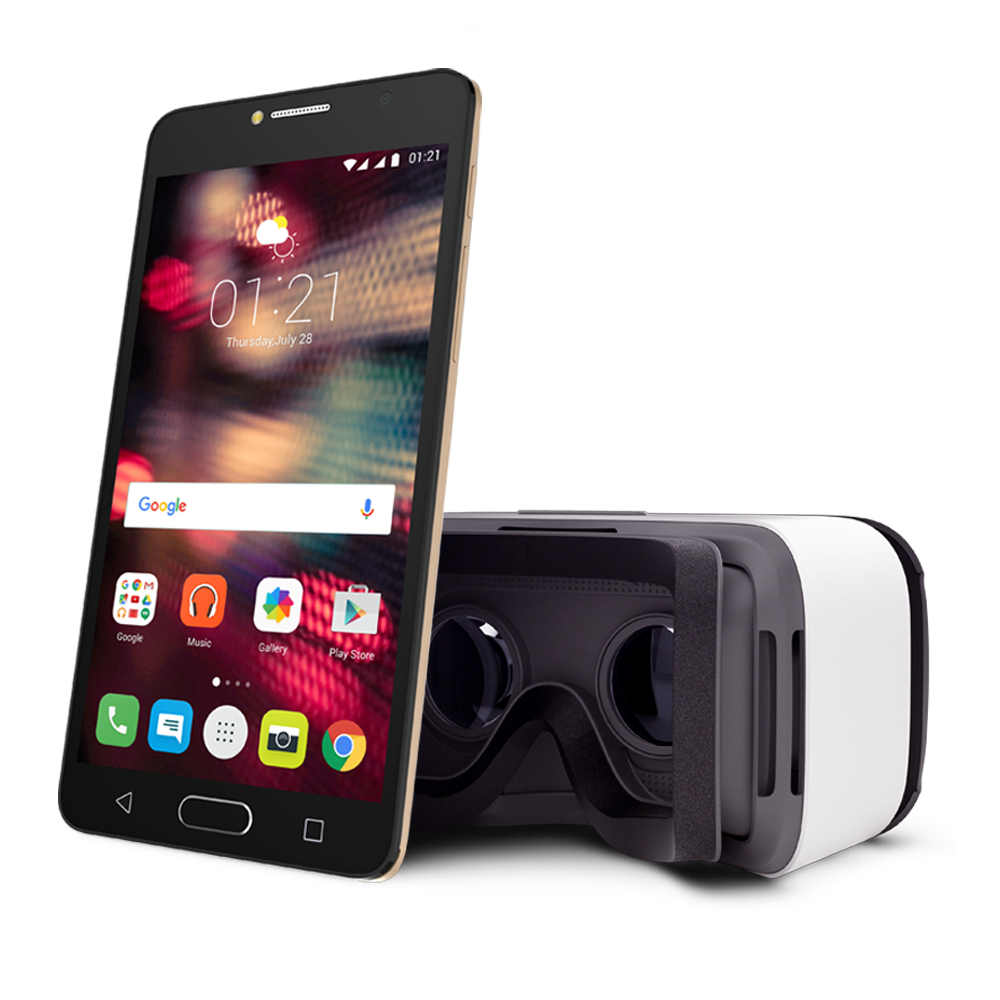 TCL had entered the Indian market earlier with TCL 562, now the company has announced the launch of its Virtual Reality (VR) headset in India with the TCL 562 smart phone. The set is priced at Rs. 13,999 and will be available from April 20, 2017 on Amazon.in and select retail stores across India. The smartphone comes in Metal Gold and Dark Grey color. If you’re ready to explore new worlds, engage in tense action, you need a headset that’s well made, and engineered to fit better than ever before. The VR works seamlessly with TCL 562 smartphone using Micro USB connection. Simply plug in the phone to begin.

Commenting on the launch, Mr. Praveen Valecha, Regional Director, TCL India said, “We’ve redefined virtual reality and created the best mobile VR experience available today. We see virtual reality driving a revolution in content and experience, and we are thrilled to launch VR device to set the standard for mobile VR and bring this revolutionary product to consumers. To ensure availability in retail we have appointed Advance Computers as our distributor. The product will also be available on the eCommerce channel.”

Essa Marchant, MD Advance Computers and Mobiles India Pvt Ltd, said, “We are very excited to launch TCL in trade and see a huge growth potential in India in the burgeoning smartphone market. We are confident latest technology and premium look at affordable prices will be a big hit in retail. The pairing of TCL 562 with VR will encourage mass adaptation of virtual reality in the already growing market. Anything is possible with these TCL 562 and VR devices.”

The Android handset features a Full HD IPS screen to ensure bright rendering of color. The TCL 562 expresses the great sense of ease and convenience by its slim and slight design. Covering by various curved elements with the slender body design, TCL 562 is comfortable in-hand fit. With hairline-brush rear, the 562 is not only attractive, but durable. The curved metallic diamond cut design frame is sleek, modern, and visually compelling for making the smartphone looks thinner and lighter. Its fingerprint authentication feature detects unique patterns and ridges to match against stored data to unlock the phone. Innovations such as HI-FI Sound™ give high-quality audio performance for music and movies. Phone fans will appreciate exposure control which allows adjustment of exposure and focus independently to get clear and bright shots that ensure selfies are always presented in the best lighting conditions.

The VR set will be available with TCL 562 smartphone with at a special launch Price of Rs. 13,999 on retail stores across India as well as on the eCommerce platform.