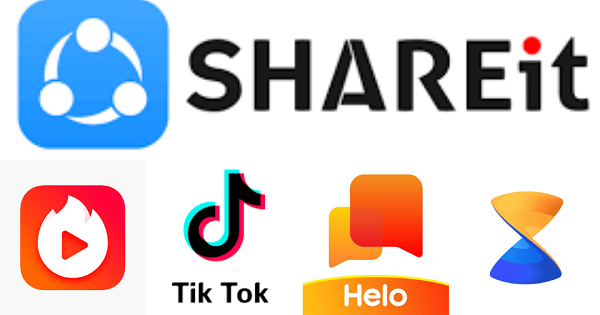 On June 29th the Indian Government banned 59 Chinese apps as a response to China’s incursions into Indian Territory.  Popular apps including ByteDance’s video-sharing app TikTok, Alibaba’s UC Browser and Xiaomi’s Mi Community app were restricted access to the huge 500 million internet consumer base in the country.

The move was followed by another ban that was imposed in the recent weeks on about 47 apps which mostly contained clones, or simply different versions, of the already banned apps. Now recently, the government has added 15 Chinese apps to the list of banned apps. These apps include photo editor AirBrush, video tool MeiPai and camera editor BoXxCAM among others. The Mi Browser Pro that came inbuilt with Xiaomi, Redmi and Poco smartphones has also been added in the list of apps that were banned in their latest move.

On this recent development by the Indian Government Mr. Ravi Mittal, Founder of the popular dating app QuackQuack that recently crossed 10 million Indian users commented “Suspension of Chinese apps which are a security risk to our country is a welcome move. There are 100s of more Chinese apps on the Play Store which are cannibalizing the Indian market and need to go. These include a lot of Chinese duplicates and low quality apps as well. However, this is a welcome start.

The Indian start-up ecosystem has some very good apps and can easily fill the void. We have to reduce dependency on Chinese apps and it is encouraging that we as Indians are going all out to support apps developed in India”

Durga Dash, Co-founder & CEO of a booming fashion & lifestyle brand in the country- Styched also shared his views on the move taken by the Indian Government “The ban on Chinese apps in the Indian consumer market has created a void – from a supply viewpoint at least. While consumers were used to apps like TikTok and Shein, their appetite to consume products and services online has only increased post pandemic ;and this is what Indian cos need to truly leverage.  The void should be studied from a user experience viewpoint and be highly customer-oriented.

From a fashion viewpoint, void has only grown larger and newer models like on-demand production are needed. I believe Styched is in a unique position to cater to the needs of fashion millennials. With thousands of curated designs for both womenswear and menswear, largest fan merchandising and new age collections, Styched is already  becoming  a great option  in filling up the fashion void for customers”

Showing his dedicated support to the government’s action Varun Mahna, CEO & Founder of PokerDangal, an online gaming platform said “A reiterate step like this in favor of our Nation’s sovereignty is a masterstroke I must say, India again won its spurs as one of the independent nations. We can finally say now that India is moving quickly towards being a developed nation, and brave steps like these, show how strong we are on the abstraction of ‘MAKE IN INDIA.’ Like I said earlier, abolishing Chinese applications will not only preserve our nation’s security and youth development but will also allow capable Indian growing platforms like ours’ to come forward and show their true potential.

Honestly, we are obliged to our government and believe that Indians will now prioritize native platforms over foreign ones, which will enable us to showcase our creativity, talent, and strong motives to serve the society in a better way. I can’t say about others, but PokerDangal and our entire team appreciates the ban of Chinese apps and is inclined to contribute our pleasing services more delightfully in respect of the progressing movement ‘MAKE IN INDIA’”.