Vodafone, Unofficial Sponsor of Fans is Back With the Fantastic Breaks Contest 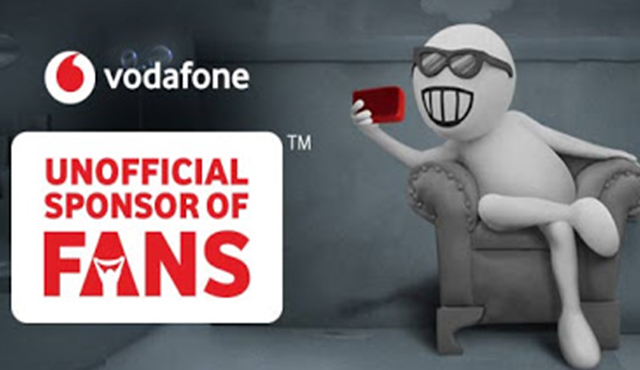 For a country where Cricket is considered a religion and ‘an unofficial national sports’, Vodafone is back with its‘Unofficial Sponsor of Fans campaign’, adding to the excitement and taking the cricket fever a notch higher. Following its belief of celebrating the fans of the game, Vodafone has launched this national campaign that goes live on March 23, 2019.

As a part of the campaign, Vodafone has announced Vodafone FANtastic Breaks Contest that gives the customers an opportunity to win an iPhone X every match, by answering few simple questions during the upcoming month-long cricket season starting from March 23.

The FANtastic Breaks Contest is the celebration under current campaign; Vodafone Unofficial Sponsor of Fans tests a person on cricket and general trivia. To participate during the match ad breaks, Vodafone consumers can visit the Vodafone website or MyVodafone app, log on to Vodafone Zoozoo Facebook page or dial *202# and answer simple questions. They will stand a chance to win exciting prizes every ad break and iPhone X every match.

Vodafone has always partnered with new age media and technology. With this vision and to celebrate the new digital savvy sports fans this year, Vodafone has associated with Hotstar as “Co-Presenting Sponsors on Hotstar for VIVO IPL 2019”. Together, they will be bringing out many exciting activities for the fans.

Talking about the campaign, Kavita Nair, Chief Digital Transformation Officer and Brand Officer, Vodafone Idea said, “Vodafone has always believed in celebrating the spirit of the fans and adding to the excitement of the sport. Launched last year, ‘Unofficial Sponsor of Fans’ was a huge success as it was led by consumer insight and emotions and helped us engage with our customers in a meaningful way. This year we are making a bold move and going digital only. A lot of our audiences are on the digital medium and a lot of conversation happens on the social media platforms, making it an obvious choice for us. We hope that we are able to delight our customers as we always endeavor to”.

Vodafone has historically been associated with multiple sports ranging from F1, Cricket, Polo, Badminton Pro League, Football and more. The brand has consistently engaged with its customers and fans through innovative, once-in-lifetime experiences. Launched last year, the Unofficial Sponsor of Fans™ is to celebrate the fans in India and reaching out via digital media campaign that uses contests, key opinion formers and the power of social context to really celebrate the cricket fans in India. The campaign was immensely successful with Vodafone emerging as the buzziest brand during the season.