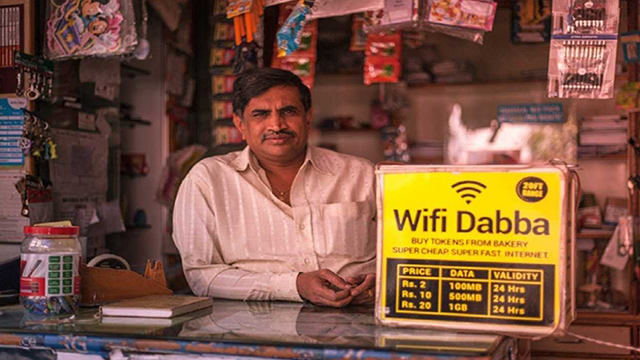 Wifi Dabba, the first ever low-cost ISP plans to deploy around 100 Supernodes this year that will provide internet coverage across Bangalore. With this development, Wifi Dabba is bullish about providing internet connectivity across individuals and corporate parks at speeds upto 1GBPS with pre-paid plans that cost as low as Re1/GB.

Wifi Dabba is currently creating a virtual topology map of Bangalore city that will allow to preemptively decide the most optimal locations to install the Supernodes. WiFi Dabba doesn’t rely on third-party hardware, software or infrastructure. Headquartered in Bangalore, the company has developed proprietary hardware, software and networking that saves a lot on vendor margins.

The YCombinator backed ISP startup has invested around USD1.7 Million over last three years to come up with Supernodes, a promising alternative to Fibre optic cables that are currently the backbone for ISPs across the world. Supernodes are a new kind of technology that utilise eye-safe lasers to transmit bandwidth across long distances without the use of any fibre optic cables.

Speaking about the technology, Karam Lakshman, CEO and CTO of Wifi Dabba said, “Supernodes are revolutionary not because of what they cost but how they compare in price with legacy technology. Fibre is the key word in the ISP fraternity currently but, it is also the most expensive part of this ecosystem. To be an ISP, one needs to buy lots of fiber which is both expensive and delicate and needs permissions to initiate the infrastructure proceedings and manage a huge maintenance crew for all the localities. On the contrary, Supernodes will cost us 1/10th of what it would cost to set up a legacy ISP that uses fiber”.

Wifi Dabba uses a proprietary technology stack that is completely built in-house. The Supernodes do not use fiber; they use lasers that make a mesh over the city- that brings down the cost drastically. The lasers are eye-safe and can communicate over distances of up to 2 km with no latency. The supernode includes a weather sensor, CCTV, and other devices to monitor the conditions around it.

Sharing his vision in enabling users with the fastest possible internet speed, Shubhendu Sharma, COO, Wifi Dabba India Private Limited shared, “India is currently the fastest growing economy and internet connectivity is pivotal to the development of any and every sector. We firmly believe in net neutrality and internet access is a fundamental human right; getting an internet connection means access to education, jobs, social media, even finding a life-partner. The concern is not moving from one technology to another but to empower every internet user with flawless speed and have maximum coverage; be it for watching a live stream or having a business video call in any corner of a corporate building”.

Wifi Dabba was founded in 2017 with the aim to offer “Super cheap, Super Fast, Internet access”. Initially the company believed that the key issue was in last mile connectivity and pricing. Wifi Dabba installed over 1,000 hotspots in Bengaluru, offering internet connectivity for as low as Rs 2 for 200MB when they started. The startup also provides connectivity to over 10,000 co-living spaces in the city, and users who enjoy prepaid billing and roaming on WiFi.

In 2020, they will deploy supernodes across the city that will help connect millions of new users to the internet. Plans will start at ₹1/GB with no installation fee, router fee or speed capping.