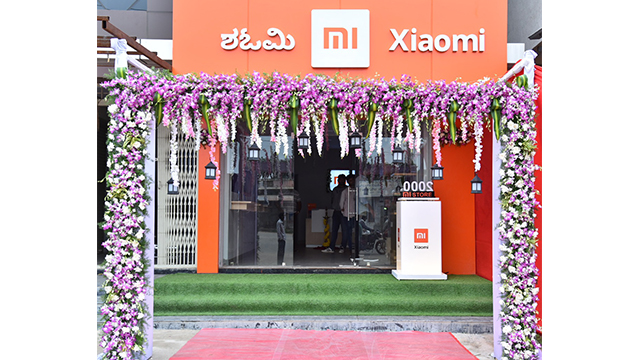 Xiaomi, India’s number one smartphone and smart TV brand announced its 2000th Mi Store. With the new Mi Store located in Tumkur, Karnataka, the brand continues to witness rapid expansion in its innovative retail efforts. Xiaomi India now has Mi Stores present across nearly 600 cities and 28 states, providing highly accessible yet exceptional brand experience to its customers across the nation.

With its 2000th Mi store launch, Xiaomi has heavily accelerated its offline business expansion at a scale that is yet to be matched in the Indian tech industry. It witnessed an astounding 100% growth rate in its Mi Stores expansion plan within merely 15 weeks of opening its 1000th Mi store, which was recently announced at the end of April.

Serving as an extension of Mi Homes concept, Mi stores are aimed at gaining brand outreach across tier 3 and below towns and districts in India, wherein Mi Fans and customers receive the valuable opportunity to explore, experience or buy Xiaomi products under one roof. These stores serve as a prime example of Xiaomi’s innovative retail concept, marrying the brand’s e-commerce efficiency with intimate retail user experience.

Xiaomi successfully generated employment opportunities for nearly 4000 individuals across rural and semi-urban regions of India through its rapid Mi Store plan expansion in such a short span of time. As part of the brand’s extensive efforts to boost entrepreneurship capabilities in rural segment, Xiaomi is encouraging Mi Fans from small towns and villages, and other local individuals to run and operate these stores.

Marking the new retail achievement, Manu Jain, Vice President, Xiaomi Global, and Managing Director, Xiaomi India, shared, “With the beginning of 2017, we started our offline journey in India. It has led to a lot of learnings and today we have been able to establish our presence in the retail industry. Mi Stores was a big leap in the retail industry where we took premium shopping experience to rural markets. We have approached 2000 Mi Stores in record time across 600+ cities and extremely proud to be bringing the best specs, with highest quality at an honest price to millions of our Mi Fans.”

In addition to the Mi stores, Xiaomi also launched Mi Studios earlier this year. Mi Studios are an optimized version of Mi Homes replicating the same Mi Home retail design and offering premium brand experience across prime consumer markets in the urban cities of India. Mi Studios are expected to span across the top 50 cities of the nation, and are currently present in 11 cities and seven states.

Xiaomi also recently launched the new, innovative Mi Express Kiosks. These are vending machines, allowing consumers and Mi Fans to purchase Xiaomi smartphones and mobile accessories directly, The company aims to set up several more kiosks in the coming months, and gradually expand the retail plan across more cities. These Mi Express Kiosks can be found across metro cities in public areas with greater footfall such as tech parks, metro stations, airports, and shopping malls.

Furthering Xiaomi India’s offline expansion plans, the brand aims to open over 10,000 retail stores across its four offline channels in the nation by end of year 2019. In addition, 50 percent of Xiaomi smartphone sales is forecasted to happen from the offline market by end of this year.