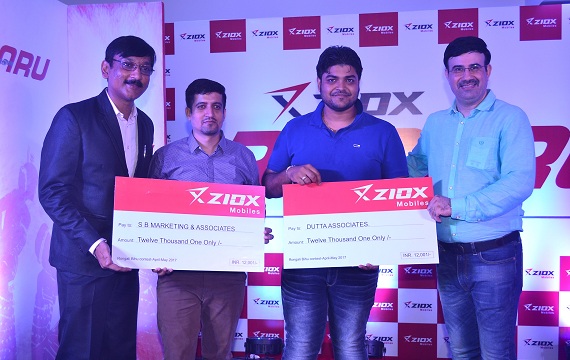 Ziox, the Mobile division of Sun Airvoice Pvt. Ltd. conducted a very successful Distributor meet for North East Region in Shillong. The company dedicated 2 days to meetings and exchanges of opinions with the Keyline distributors, dealers and resellers, inducting them on the several new offerings (launches) in pipeline and the schemes/plans for upcoming festive season. The company currently does the total business over 5crore per Month in North east region, and announced its plans to double these numbers by next quarter.

Further strengthening and refining its relations with the strategic partners, Ziox aimed at understanding the market requirements from the distribution network to bolster the long-term relations, the company also showcased and briefed its dealers about different company schemes & plans to implement in the coming future along with their support and discussion on elevating the reward and recognition structure for the dealer, which was also a vital point of discussion.

Commenting at the occasion, Deepak Kabu, CEO, Ziox Mobiles, said “The distribution and dealer network is an integral part of the company’s growth. The objective of the meet was to enlighten our network on the forthcoming plans at Ziox, with the festive season coming in we have aggressive plans catering to both feature phones and smartphone segment, the interactive platform aimed to build the connect on the same and enable brighter future prospects & recognition for our network”

Ramesh Lahoti, North East Head, Ziox Mobiles further adds “We are one of the few Mobile Brands in the north-eastern region who have been well accepted and growing with steady nos. In the next few months we aim to double the existing figures, and bring true quality that speaks the touch of technology, tailored to the north-east region.”