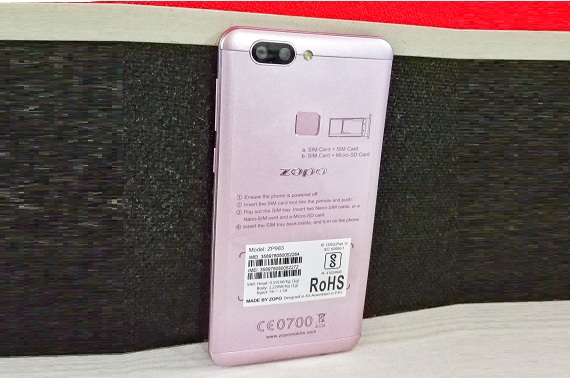 Zopo recently launched its latest device under sub 10k category. The Zopo Speed X (ZP983) smartphone released in 2017. It is powered by Mediatek MT6753 chipset, 3 GB of RAM and 32 GB of internal storage, but the storage (32 GB) can be expanded with a microSD card.

The camera of the Zopo Speed X is equipped with autofocus. Autofocus is a camera feature that fine-tunes the focus of the camera, it is a nice feature of this smartphone. At the rear it holds 13+2 MP sensor with auto focus and f/2.2 aperture  and due that dual camera setup the bokeh effect of the camera is great. Not much fun with the low light shots though, but decent performer in  good light conditions. The 13 MP front camera is decent to capture selfies and groufies, both front and rear cameras offer LED Flash to brighten dark images in lowlight conditions.

Speed X is 3G and 4G capable. This smartphone has a built-in GPS receiver. GPS is a satellite based navigation system that allows the determination of the exact geographical location on Earth. This Zopo smartphone has FM radio receiver. The Speed X has Dual SIM capability, which means that you can insert two different SIM cards and use them both from one phone.

Verdict: With a price tag of 9,499, we can say that this is a decent smartphone with a dual camera setup.

Inbase Urban Pro 2: The Smartwatch with a difference