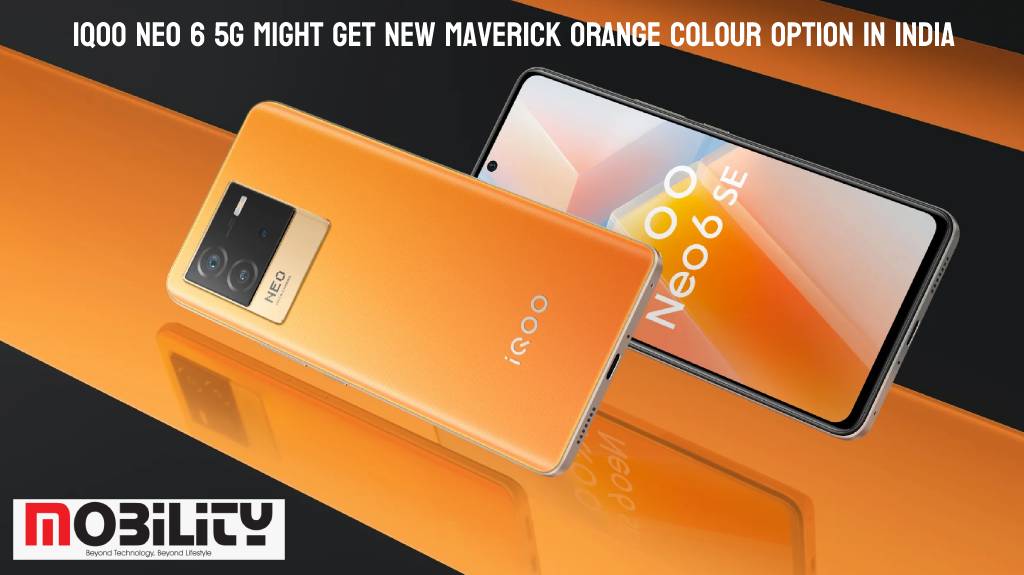 The iQOO Neo 6 5G smartphone will get a Maverick Orange color option for India soon. It will be only available on a single storage variant. iQOO took the wraps off the Neo 6 smartphone for the Indian market last month. Notably, the Neo 6 is the first Neo series device to go official in the country. To recap, the handset was originally launched in Cyber Range and Dark Nova color options.

With 1200Hz Instant & 360Hz Touch Sampling Rate. The game control will be much faster like no other. 360Hz touch sampling rate: The touch IC collects 360 frames per second. 1200Hz instant touch sampling rate: For games such as BGMI and COD, the phone can quickly detect fingers when users touch the screen after no operation in 2 to 10 seconds.