Mozilla has been one of the most outspoken companies on the need for data protection laws in India over the last few years. We got involved in this fight at the request of the Mozilla community in India, which has been critical in helping us to campaign to ensure the law is strong. Over the last two years, Mozilla has repeatedly urged the Government of India to make implementing a data protection law a national priority (see here, here, and here.)

Mozilla was also one of the first international stakeholders to analyse the Justice Srikrishna Committee’s bill and provide its comprehensive viewpoint on the same, through our blog post: Mozilla weighs in on India’s draft data protection bill

“It’s great to see the government moving swiftly to start consultations on the bill. While the Srikrishna Committee’s draft is a strong start, there are several contentious areas — data localisation, the independence of the regulator, and broad permissions for government processing of data — that we hope will be improved through an open and transparent debate.  Mozilla looks forward to sharing its views on the bill in the stipulated time period. A diversity of stakeholder opinions is critical to a robust law; we hope the government will be listening closely.” 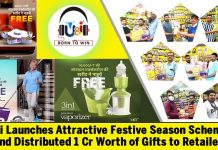