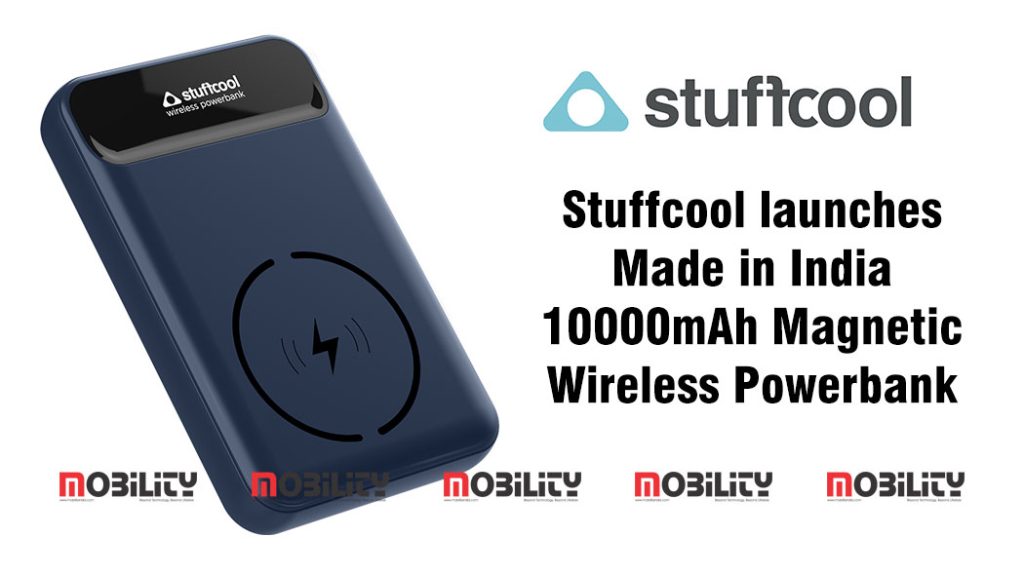 The Magnetic Wireless Powerbank is able to charge iPhone 12 / 13 series wirelessly upto 15W and also affixes on the iPhone 12/ 13 series magnetically, making it super convenient to carry and charge at the same time. The Magnetic Wireless Powerbank is also able to charge other Qi Wireless Charging devices upto 15W such as Flagship Samsung phones, Pixel 6 /6 Pro phones and also Airpods Pro. The Powerbank also boasts of fast wired charging providing PD20W Output from its type C port, charging an iPhone 50% in 30 mins and supporting 22.5W of QC3.0 fast charging power through its type A port for compatible Android devices.

The Magnetic Wireless Powerbank is proudly made in India. With 10000mAh rated capacity, the powerbank is able to charge an iPhone 13 twice over. It is also small and pocket friendly, making it an ideal solution for your iPhone 12/13 series phones. The powerbank can also be fast charged using the type C port with a suitable PD wall charger. The Magnetic Wireless Powerbank is BIS Approved and is also equipped with advanced safety protocols to safeguard your phone and also the powerbank.